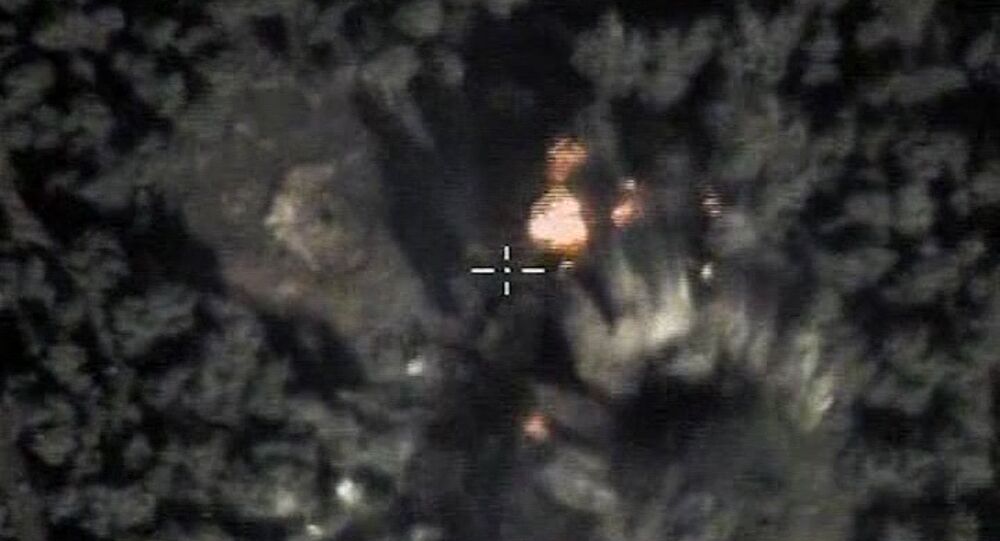 Russia's operation against ISIL targets in Syria began on September 30th and has so far culminated with the beginning of a major offensive against terrorist groups by the Syrian army on October 7.

The conflict has also revealed Russian capabilities in modern warfare tactics including drone use, precision strikes and cruise missile launches. Over 100 strikes have been delivered by the Russian military so far.

The first strike was revealed in a short YouTube video showing bunker-buster bombs being fired at underground targets. The videos also caused some confusion as the viewfinder on the drone tracking the explosion was not focused on where the bombs were aimed.

Moderate bombings continued for several days, with targeted strikes on munitions warehouses and factories, as well as underground bases.

#SYRIA #Kartapolov: By the way, american colleagues informed us that there was nobody but terrorists in the district

Attacks on ISIL command posts and headquarters in the group's "capital" in Syria's Raqqah. On the same day, the Russian military began active negotiations with its US counterparts regarding prospects for intelligence sharing.

On October 5, Russia continued strikes against ISIL hardware and infrastructure across Syria

The launch was paired with the beginning of a massive Syrian military operation against terrorist forces in Hama province, advancing north toward Idleb.

Ex-Head of MI6 Calls for Pragmatism and Talks Over Syria