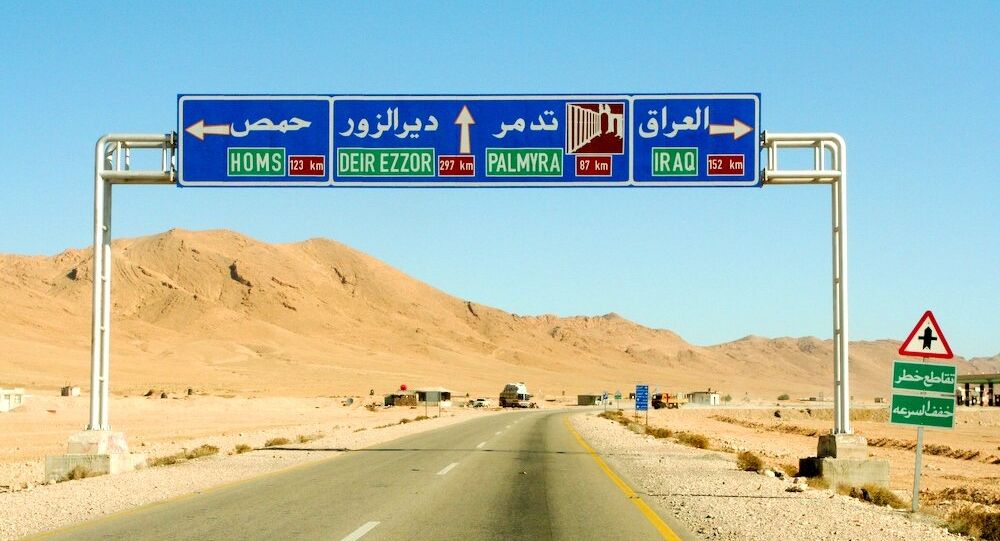 Ex-Head of MI6 Calls for Pragmatism and Talks Over Syria

The former head of the British intelligence service MI6, Sir John Sawers, has called for pragmatism to prevail over Syria and for the major players - including Russia, Iran, the US and the UK - to form a contact group to find a political solution to the Syrian crisis.

© AP Photo / MI5 Security Service
UK Spy Chief Calls for Extra Snooping Powers to Fight Terrorism
Sir John, was the head of the Secret Intelligence service from 2009 until 2014 and, as Director General for Political Affairs at the UK Foreign Office, was particularly closely involved in policy on Iran, Iraq, Afghanistan and the Balkans.

He told the Today radio program Thursday that the conflict in Syria could not be resolved by military action and that the West should take a pragmatic view and find a diplomatic solution to the crisis. He said Russia had moved in to support a legitimate ally in the Middle East.

"The Russians have made their move to support [President Bashar al-Assad,] because they saw their principal ally in the Middle East coming under real pressure. The center of power of the Assad regime were becoming within reach of the opposition forces who genuinely wanted to break Assad down.

"This isn't the Islamic State [ISIL], these are the forces that have been supported by the Arabs and the Turks and the West."

"For more than one year, the [US-led] coalition has been bombing Syria without the consent of the Syrian government, without an 'OK' from the Security Council, without informing anyone… We, indeed, are interested in cooperation with the coalition. We cannot be part of the coalition, which operates without the Security Council mandate and without request from one of the countries on whose territory they operate."

"We cannot forget about the political process, but we cannot condition fighting ISIL [Islamic State] by changing the political system in Syria."

In 2013, Sawers was one of the team that drew up plans to train and equip a Syrian rebel army of 100,000 to overthrow Assad, but the plans were rejected as too ambitious and were thrown out completely when the UK parliament voted against strikes against the Syrian Government.

He said the fact that the US and Russia were using the same airspace over Syria meant that there was a need for de-confliction at a military level and that military co-operation was inevitable.

"It's going to be quite hard to continue this campaign unless there's a degree of military co-ordination between the Russians and the West. There have been some early talks between the Americans and the Russians on it. You can't really have two air forces fighting different campaigns with different objectives over the same territory without a real risk of a clash," said Sawers.

#Lavrov: The overthrow of the Damascus government would be in stark violation of the UN resolution that approved the 2012 Geneva Communique

He said vacillation by the West had left a vacuum which Russia had stepped into. "The reticence of the West in the wake of Iraq and Afghanistan — understandably — to deploy military power has left a space into which Putin has inserted himself," he said. 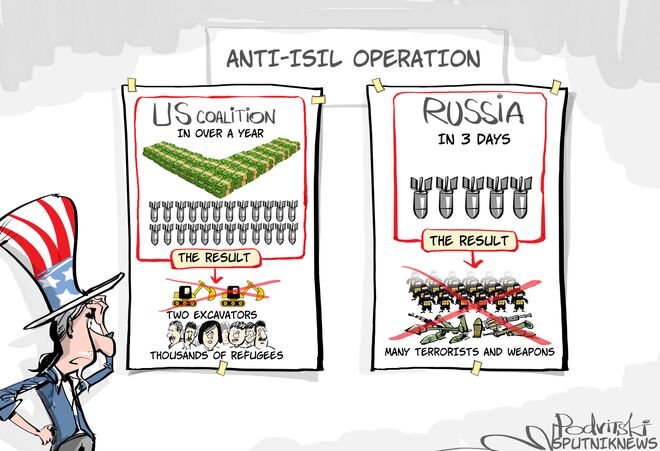 Sawers said that the real risk of Syria falling apart as a state was inevitable and that all the players should take a pragmatic view of the reality on the ground.

"It has already broken up into different areas and [ISIL] effectively controls the east of the country, the Kurds have a strip along the north and there's an alawite heartland in the north-west. I think what the Assad regime — backed by Russia and Iran — wants to do is to re-establish control of the central spine of Syria, from Aleppo, Hama, Homs down to Damascus and all areas to the west of that," he said.

© AFP 2019 / Stefan Wermuth
British Criticism of Russian Airstrikes Reveals Double Standards Over Syria
Asked whether this would also suit the US and its western allies, Sawers replied: "I do think there's a demand for pragmatism here. [The West has] called for four years for Assad to go. I don't think he's going to go immediately. I don't think it's credible that Assad could become a long-standing president of a reunified Syria, because it just wouldn't happen.

"I think the one thing that's lacking in this — we talk a lot about the military aspects and the terrorist threat — is, there's no political process around Syria. I remember in the height of the Balkans crisis, back in the early 90s when the Americans were supporting the Muslims, the Russians were supporting the Serbs, the Germans were supporting the Croats, the British and French were trying to deliver humanitarian aid on the ground — we brought together a contact group, bringing all these countries together," he said.

"We need to do the same on Syria so that the external powers — the P5 [China, France, Russia, the United Kingdom, and the United States] plus Turkey, Iran and Saudi Arabia — sitting around the same table and exchanging analysis, understanding where each other is coming from and, as far as possible, building some common ground on what the future of Syria is going to look like."

Why Can’t We Be Friends? Russia Looks Again to US After Israel Talks