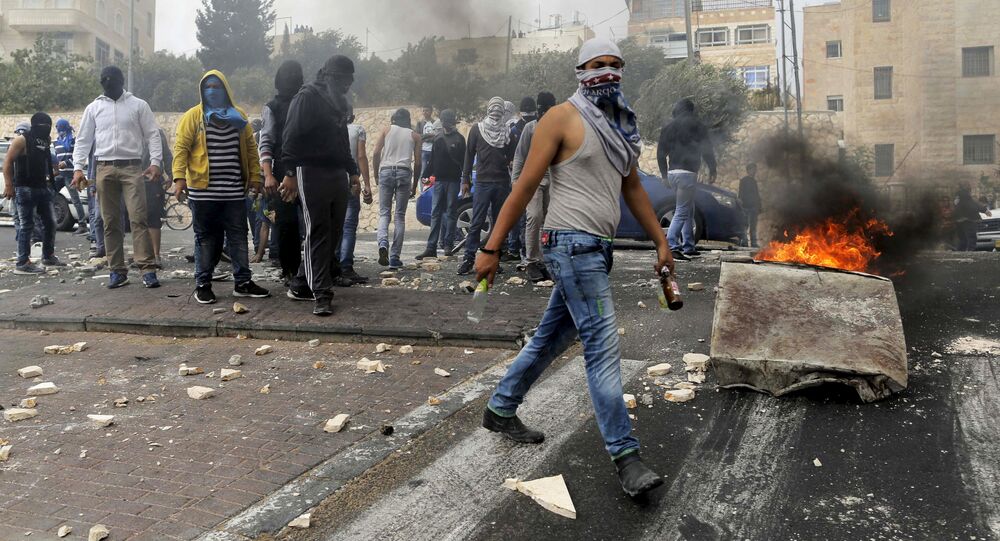 Tensions have mounted in Jerusalem after three knife attacks on Wednesday and one more on Thursday as Jerusalem's mayor advised residents to carry firearms.

Palestinian and Israeli officials have been barred from visiting the Temple Mount, a holy site for both Jews and Muslims in response. One Israeli was lightly injured after a stabbing attack near Jerusalem's police headquarters on Thursday, and the attacker was killed.

"Given the current escalation [of violence] in the security situation, those with a licensed firearm who know what to do with it must go out with [their weapon] — it's an imperative," Jerusalem mayor Nir Barkat told Israeli radio.

Israeli and Palestinian officials also met for security talks on Tuesday evening, according to reports. The Palestine Liberation Organization (PLO) has accused the Israeli government of infiltrating Palestinian protest groups to incite violence and then beat up the protesters.

Three Palestinians were wounded after a group of apparent undercover Israeli police infiltrated them and then opened fire, Israeli media reported.

At Least 39 Palestinians Injured in Clashes With Israeli Forces