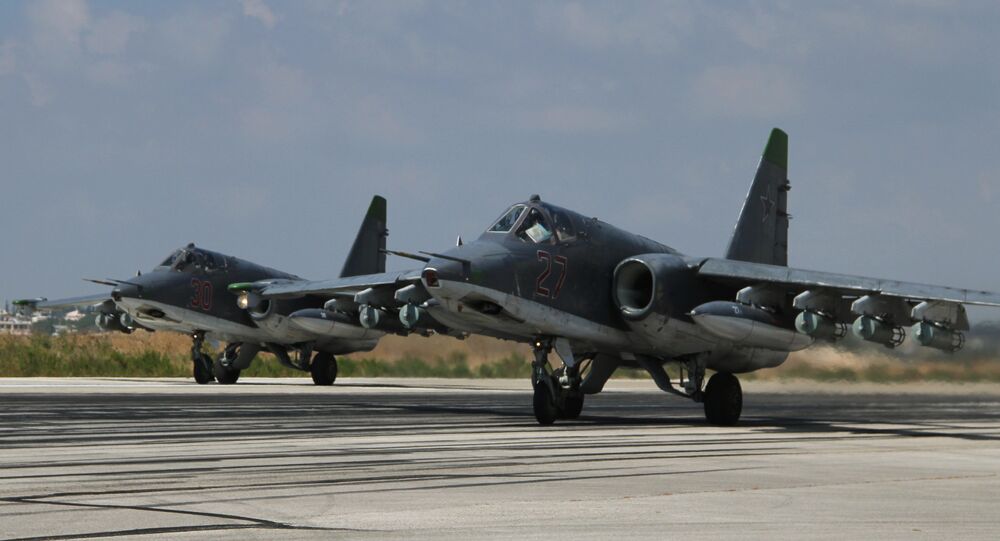 Russia's operation against ISIL and other terrorist groups in Syria may involve the use of a little-known advanced weapon called the SBPE.

One of the weapons used in the Russian war against ISIL may be a little-known self-aiming smart bomb known as SPBE, the daily Rossiyskaya Gazeta reported on Thursday.

Russia has recently carried out operations destroying ISIL vehicles, in one case as many as 50, and in another instance 20 tanks. This may be evidence that Russia has been deploying SPBE smart munitions.

The SPBE is a self-guided bomb that uses infrared guidance and is able to strike tanks and other military equipment with great precision. Unlike its US counterparts, it does so at a relatively low cost. The bomb was developed from the more advanced and expensive KAB-500Kr guided bomb, which is effective for destroying high-value targets such as bridges and command posts, but less effective for multiple targets such as military equipment.

© Sputnik / Dmitriy Vinogradov
Russian Airstrike Destroys ISIL HQ, Command Posts, Comms Center, 20 Tanks
Images of unexploded SPBE bombs dropped in Syria have also appeared in social networks. The submunitions are similar to the US' BLU-108 submunitions, developed at around the same time as the SBPE and used during the 2003 Iraq War.

The Russian version uses six large charges to destroy targets while the US version uses 40. Using smaller charges actually created issues for the US as unexploded charges have buried themselves in the ground. This is a hazard for both advancing ground forces and civilians, and makes it more like a traditional cluster bomb when it impacts.

According to its specifications, one SPBE-D munition can destroy up to six tanks. It can be dropped from an altitude of 400 to 5,000 meters, then slowed down with parachutes to around 17 meters per second. At an altitude of around 150 meters, the bomb aims at an enemy target and deploys the aimed payload which can penetrate up to 70 millimeters of armor at a 30 degree angle.

Russia has also developed an anti-helicopter mine based on the SBPE, according to Rossiyskaya Gazeta. Installed on the ground, the mine begins to scan the airspace after receiving a signal from a command post. If an enemy helicopter enters its range, the mine detonates, sending the aimed munition at the helicopter.

Syria Launches a Large-Scale Operation Against the Islamic State