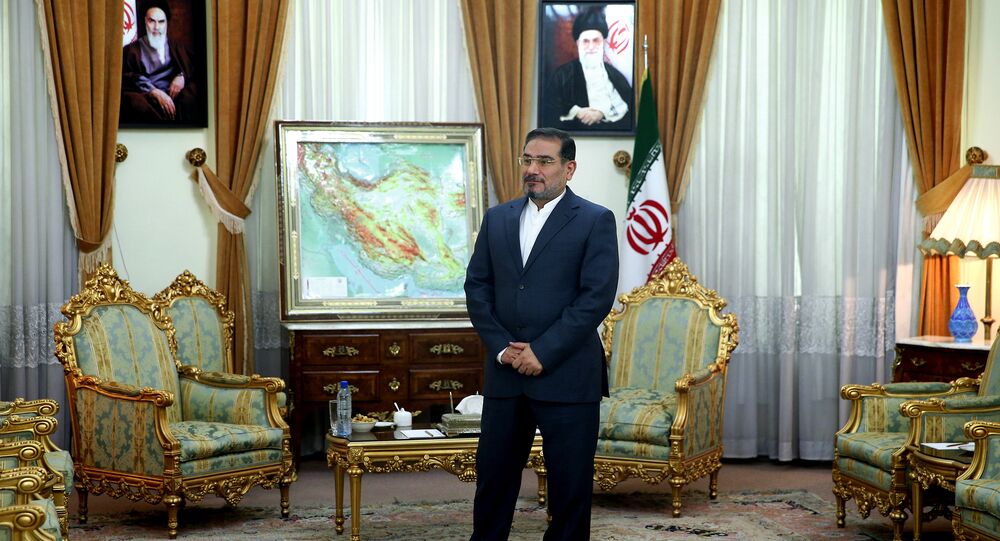 © AP Photo / Hasan Jamali
US, UK Urged to Halt Saudi Weapons Supply Over Yemen War Crime Claims
Ali Shamkhani, Secretary of the Supreme National Security Council of Iran condemned the use of biological weapons in Yemen by Saudi Arabia, and the blockade imposed by Riyadh which prevents much-needed humanitarian aid from getting to the population in Yemen.

"The Saudi government's use of weapons which contain toxic and pathogenic gases in air and missile strikes against residential areas is aimed at genocide and breaking the legitimate resistance of the brave Yemeni people," said Shamkhani.

Shamkhani described the killing of innocent Yemenis and the siege of Yemen by the Saudi-led coalition as a war crime, the news agency Ahlul Bayt reported.

© AP Photo / Hani Mohammed
Bombing Buddies? White House Wants Probe Into Yemen’s Civilian Casualties
In March, the coalition launched airstrikes on targets in Yemen held by Houthi militants, and imposed a blockade of supply routes into Yemen. According to the UN, 80 percent of Yemen's population is in need of humanitarian assistance.

At the meeting with the delegation from Yemen's high council of revolution in Tehran on Tuesday, Shamkhani also called for talks between all the relevant parties to try to resolve the conflict.

"Negotiations among Yemeni groups and preventing foreign meddling in the country is the only way to create understanding and restore security and stability to Yemen," declared Shamkhani.