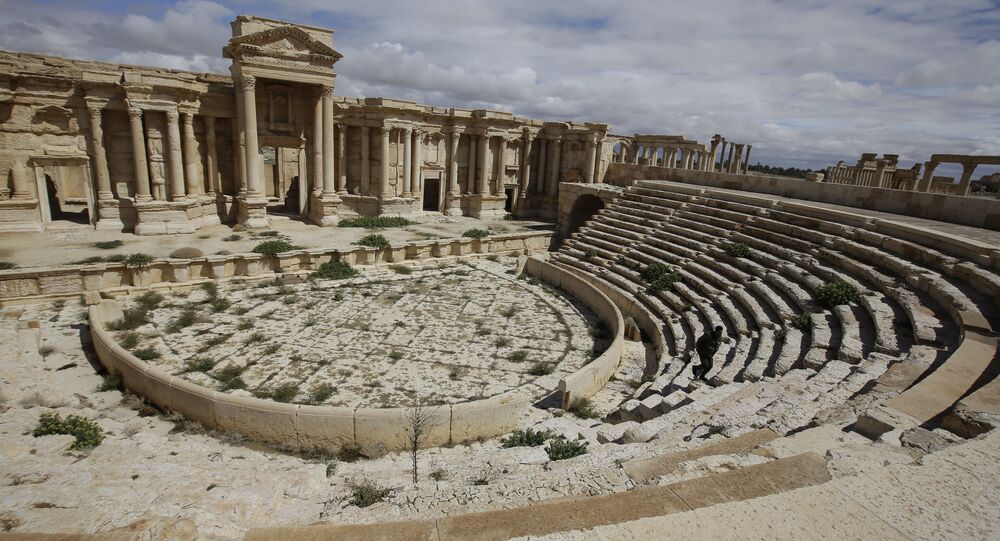 The Syrian Ministry of Culture has accused ISIL terrorists of mining the ancient Roman Theater at Palmyra.

"This information is correct," Qayyim said. "Several residents of Palmyra, whom we trust, have told us about it. ISIL has mined the amphitheater…They know that Syrian forces cannot strike the historical monuments." The minister emphasized that "these actions are inhumane and uncivilized."

Palmyra, the city whose ancient ruins of which are included in the UNESCO World Heritage Site list, has been under ISIL's control since May. Since then, ISIL militants have used the theater to commit public executions of its opponents, posting video of the events on social media.

In August, ISIL terrorists blew up two temples in the ancient city. Earlier this month, the terror group was reported to have blown up the ancient Roman-era Arch of Triumph.

Speaking to Sputnik following ISIL's destruction of the Arch, Syrian Antiques and Museums Director General Maamoun Abdulkarim noted that its destruction marked "a very big loss," adding that "what we are witnessing today is a thoughtful script, according to which the city of Palmyra will be razed to the ground."

ISIL Militants Blow Up Roman-Era Arch of Triumph in Palmyra