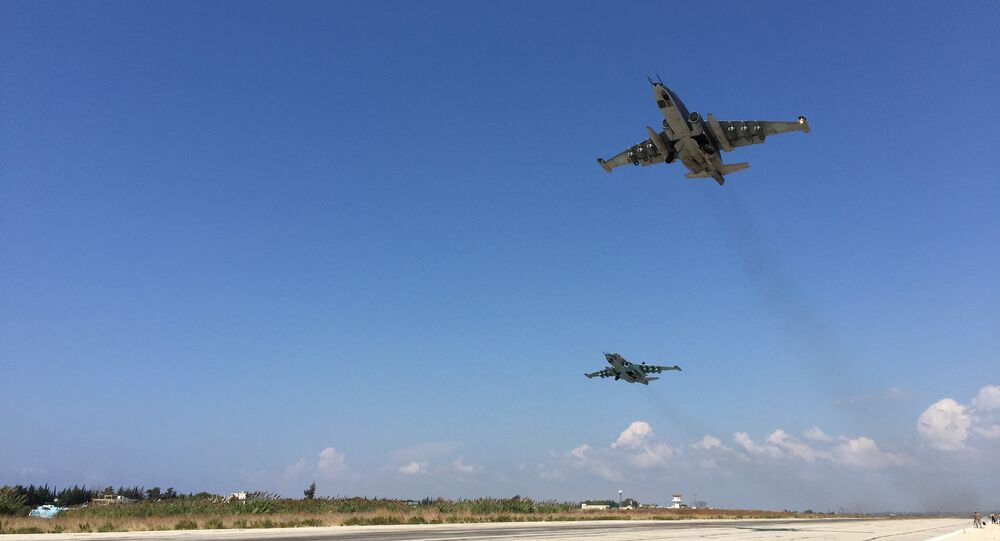 The US and Turkey have threatened to shoot down Russian warplanes if they stray into Turkish airspace, following two accidental, momentary violations of the Syria-Turkey border by Russian military aircraft.

© Sputnik / Mikhail Voskresenskiy
Jumping at a Chance? US Makes Fuss Following Accidental Russian Violation of Turkish Airspace
"Turkey's rules of engagement apply to all planes, be they Syrian [or] Russian…Necessary steps would be taken against whoever violates Turkey’s borders, even if it's a bird", the Brussels-based online newspaper EUobserver quoted Turkish Prime Minister Ahmet Davutoglu as telling the TV broadcaster HaberTurk on Monday.

US Secretary of State John Kerry concurred, saying the violation might result in a 'shootdown'.

The politician added that he had since intensified diplomatic discussions to ensure that there would be no accidental conflict between Russian and coalition aircraft over Syria.

© Photo : Russian Embassy in Turkey
Ankara Summons Russian Ambassador to Turkey Over Second Airspace Violation
The warning arrived as the Russian ambassador to Turkey was summoned by the Turkish Foreign Ministry in Ankara for a second time over a repeat incident of the Russian Air Force violating the country's airspace on Sunday.

Earlier, on October 3, a Russian warplane accidentally violated Turkish airspace in the province of Hatay, which is located a mere 50 km north of Russia's airbase.

Igor Konashenkov, a Russian defense official, told press on Monday that Saturday's incident involved a Sukhoi-30 fighter which crossed the Syrian-Turkish border "for a few seconds" due to "unfavorable weather conditions".

He urged against searching for any “conspiracy causes” in the incident.

NATO also commented on the issue, warning of “the extreme danger of such irresponsible behavior”.