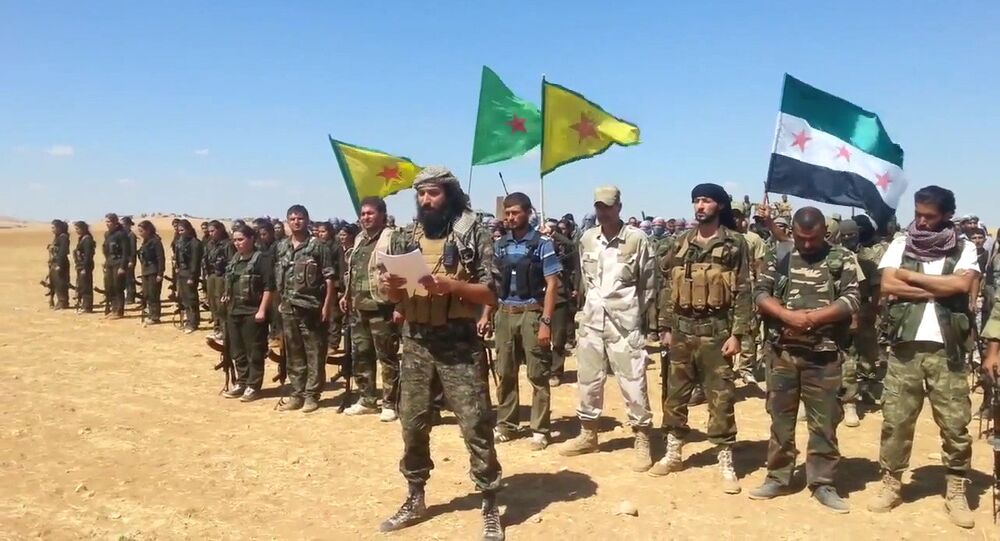 The representative of the Euphrates Volcano command of the FSA and the Kurdish YPG told Sputnik that the command supports Russia's operation against ISIL and requests military help.

Euphrates Volcano is the joint command of the FSA and the Kurdish YPG (People's Protection Units) operating in northern Syria, primarily against the Islamic State. Russian Foreign Minister Sergei Lavrov previously said that Russia is willing to make contacts with the Syrian armed opposition Free Syrian Army, but requested further information on it from the United States, referring to the FSA's "phantom nature."

"The Islamic State is a large-scale organization which presents an enormous threat for all, because of this only a comprehensive and well-prepared operation can be effective. We support Russia's anti-terrorist operation against ISIL and consider it an extremely important step for eliminating this threat," Euphrates Volcano spokesman Servan Devrish told Sputnik.

Devrish added that it is impossible to destroy ISIL with airstrikes alone, and that Euphrates Volcano as well as Kurdish Peshmerga units have been most effective at fighting ISIL with aid from airstrikes delivered by the anti-ISIL coalition.

"We ask Russia to help us with weaponry in the fight against ISIL. By uniting our forces in the framework of an aerial and ground operation, we can carry out shattering strikes against ISIL," Devrish told Sputnik.

Also on Monday, several Syrian rebel groups called on regional states to ally against Russia and Iran in Syria, Reuters reported. The groups who signed on to the statement included the Ahrar Al-Sham Islamist rebel group, as well as some groups "under the umbrella of the Free Syrian Army," according to Reuters.