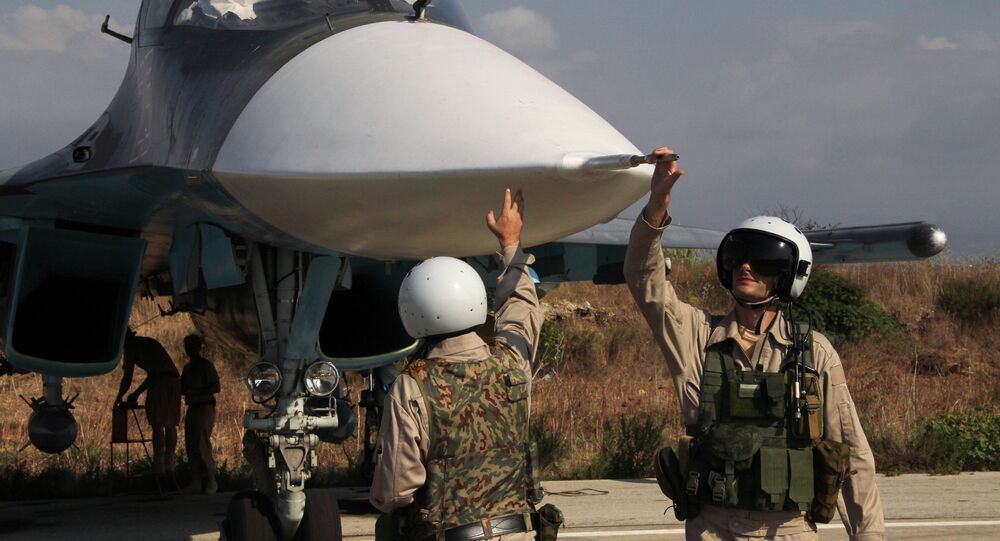 The Western media is lamenting as Russia wrecks the nearly-set agreement of the US-led coalition to establish a no-fly zone over Syria based on Jordanian and Turkish plans, despite jihadist groups lacking any aerial strike capabilities, while adding that the US and its allies have begun “preparing to open up a major front in northeastern Syria”.

“The Russian forces now in place make it very, very obvious that any kind of no-fly zone on the Libyan model imposed by the US and allies is now impossible, unless the coalition is actually willing to shoot down Russian aircraft,” The Financial Times quotes Justin Bronk, a research analyst at the Royal United Services Institute as saying.

© Photo : pixabay
US Back Off: Bernie Sanders Opposes Unilateral No-Fly Zone in Syria
“The Russians are not playing ball at deconfliction — they are just saying, ‘keep out of our way’. The coalition’s operations in Syria will be vastly more complex from a risk assessment point of view and from a mission-planning point of view.”

The news outlet reasons that even surveillance missions above Syria by US and coalition aircraft will be complicated. It adds that NATO is now wary of “seeing the kind of 'cold war tactics' and brinkmanship Russia has recently been using in the Baltics.”

“Pilots will be briefed to expect powerful Russian radar systems 'lighting up' their aircraft in shows of strength,” it quotes one NATO air force officer as saying, without disclosing his name.

© REUTERS / Abdalrhman Ismail
Head for the Hills: 3,000 Islamist Militants Flee Advancing Syrian Army
One senior European diplomat, however, claims that the enforcement of a no-fly zone over Syria was “aimed at reaching some sort of political solution there'”, as quoted by the newspaper.

Meanwhile, The New York Times has reported that the US-led coalition “has begun preparing to open a major front in northeastern Syria, aiming to put pressure on Raqqa, the Islamic State’s de facto capital.”

The newspaper quotes an official as saying that US President Obama ordered the Pentagon, for the first time, to directly provide ammunition and perhaps some weapons to Syrian opposition forces on the ground. He also endorsed the idea of ramping up the US air campaign from an air base in Turkey, although important details still need to be worked out.

“Together, these measures are intended to empower 3,000 to 5,000 Arab fighters who would join more than 20,000 Kurdish combatants in an offensive backed by dozens of coalition warplanes to pressure Raqqa.”

© Sputnik / Dmitri Vinogradov
All Parties Benefit From Russian Operation in Syria – UK Media
“Plans are also moving forward to have Syrian opposition fighters seal an important 60-mile part of the country’s border with Turkey to cut off critical supply lines of the Islamic State,” the official added.

Meanwhile, Syrian President Assad, during a Sunday interview with Iranian TV, praised his allies' intervention in the conflict, saying "The alliance between Russia, Syria, Iraq and Iran must succeed or else the whole region will be destroyed," adding “The chances of success for this coalition are great.”