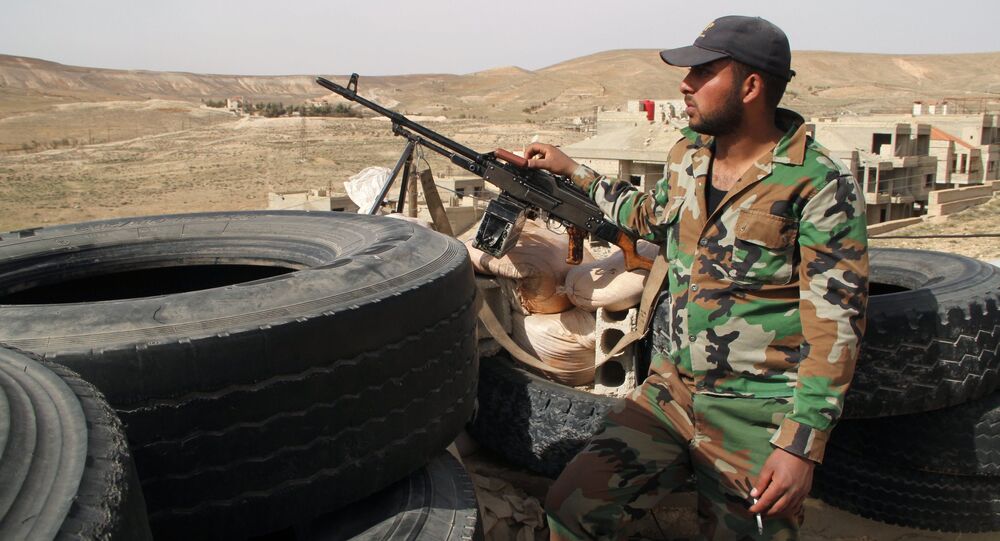 Syrian air force helicopters dropped leaflets in the south of Hama province, inviting terrorists to surrender and warning civilians about the beginning of a major military operation.

There were two types of dispersed leaflets. One contained a detailed instruction on how to behave when approaching Syrian troops' checkpoints and urged civilians to leave their homes on the threshold of a forthcoming military operation.

"With this leaflet you are allowed to safely pass Syrian Arab Army checkpoints," the leaflet for civilians said. "The army will provide food supplies and medical assistance. Cooperate with the Syrian army and leave the war zone for the sake of your own lives."

In the other leaflet, Syrian citizens who took sides with terrorists were offered to surrender their arms and give up confrontation with the army.

"The future is in front of you, and this is your chance to return to your motherland's embrace," it said. "Use this chance before it is too late. Lay down arms just like hundreds did before you. The government will take care of you and welcome your return."

© AP Photo / French Army
International Law? Never Heard of It: US and Its Allies Knowingly Violated Int'l Law and UN Mandate in Syria
The Syrian Army is preparing for a major anti-terrorist operation in the south of Hama province, including the settlements of Rastan and Talbiseh, currently controlled by extremists.

The primary goal of the Syrian leadership is to secure a route between the towns of Homs and Hama. The towns are fully controlled by government forces, but settlements between them are considered the main stronghold of terrorists, including ISIL, in this part of Syria.