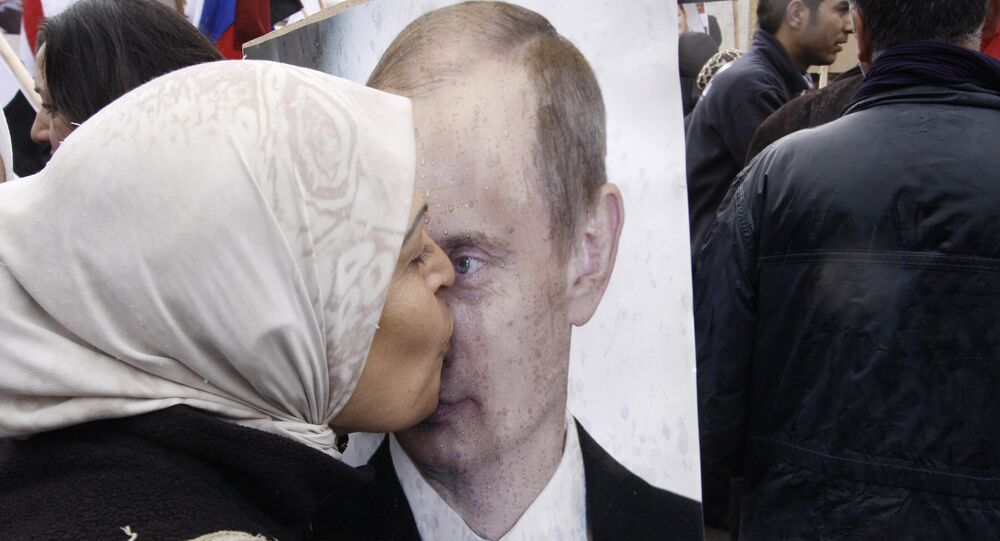 Residents in the Syrian cities of Tartous and Latakia believe that Russia’s military operation against the ISIL terrorist group would bring the war in the country to an end, the British journalist wrote.

© AP Photo / Bilal Hussein
Russian Weapons in Syria Create New Political, Strategic Balance in Region
Moreover, they believe that the US is to blame for strengthening of the terrorists and their allies.

According to Hilsum, most people living in the territories under control of  Syrian President Bashar-al-Assad say that they are ready to serve in the government army, but hope that the war will soon come  to an end and that the military mobilization stops.

According to Hilsum, Syrians are welcoming the Russian military who started a operation in the country after Assad’s official request.

“The Russians are the heroes of the hour. People greet the few foreigners who visit with a cheerful Russian “Dobry den!” and shout out their enthusiasm for President Putin, who they believe will deliver them from terrorism,” Hilsum wrote in the Guardian.