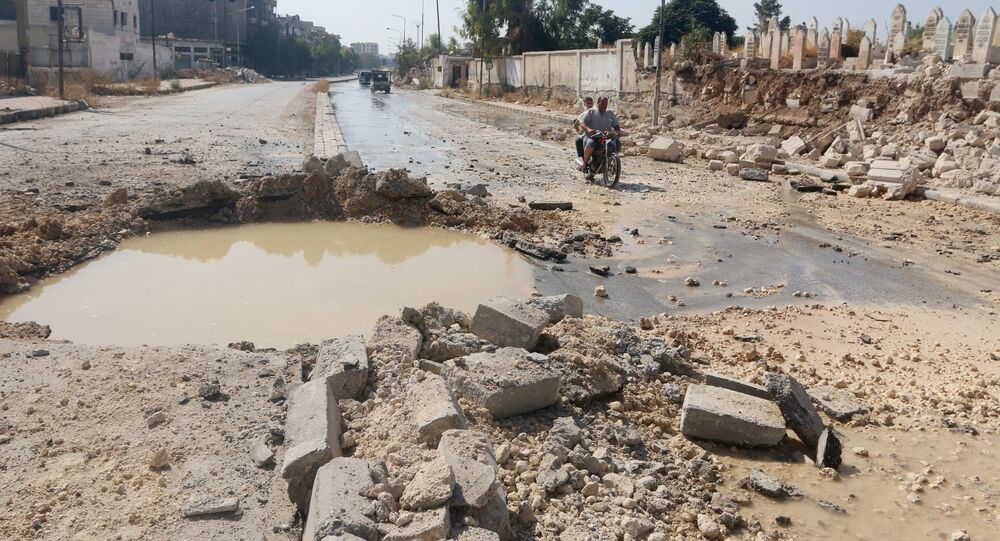 Turmoil in Middle East Could Turn Into Global Meltdown

If the West continues to ignore the real problems of the Middle East region or try to solve them militarily, instead of using diplomacy and financial resources, the instability in the region could further deepen, Noriel Roubini, a professor at NYU's Stern School of Business, wrote in his article for Project Syndicate.

© AP Photo / Evan Vucci
Trouble in Kingdom: Saudis Face Problems as Oil Wealth Shrinks
According to the author, among actual geopolitical risks, the greatest is the long arc of instability stretching from the Maghreb to the Afghanistan-Pakistan border.

Currently, the instability along this arc is growing, the author pointed out. Libya has become a failed state, Egypt has returned to authoritarian rule, and Tunisia is destabilized by terrorist attacks. The violence now is spreading into Sub-Saharan Africa.

According to Roubini, the US and its allies in their pursuit of regime change in Iraq, Libya, Syria and Egypt helped to fuel the turmoil in the region. And now the turmoil is also undermining previously secure states, like Jordan, Lebanon and even Turkey.

© AP Photo
ISIL a Tool of Wall Street Plutocrats Aimed at Destabilizing Middle East
What is more, the situation is aggravated by a proxy struggle for regional dominance between Sunni Saudi Arabia and Shia Iran in Iraq, Yemen, Bahrein and Lebanon.

"And yet, remarkably, even as most of the region began to burn, oil prices collapsed. In the past, geopolitical instability in the region triggered three global recessions," the analyst wrote. "There appears to be no 'fear premium' on oil prices; on the contrary, oil prices have declined sharply since 2014. Why?"

The most important reason, as the author explained, is that, unlike in the 1970-80s, the current turmoil in the Middle East has not caused a supply shock. Indeed, there is a global glut of oil, and the West has cut its energy reliance on the Middle East.

"With the US on the way to achieving energy independence, there is a risk that America and its Western allies will consider the Middle East less strategically important. That belief is wishful thinking: a burning Middle East can destabilize the world in many ways," the article read.

© Sputnik / Igor Zarembo
Syrian Strikes: A Win for Russia Will be a Win for Syria and Middle East
First, some of these conflicts may lead to an actual supply disruption, the author pointed out. Second, civil wars that turn millions of people into refugees would destabilize Europe economically and socially.

Third, misery and hopelessness for millions of Arab young people would create a new generation of jihadists who blame the West for their despair.

"Some will undoubtedly find their way to Europe and the US and stage terrorist attacks," the analyst warned.