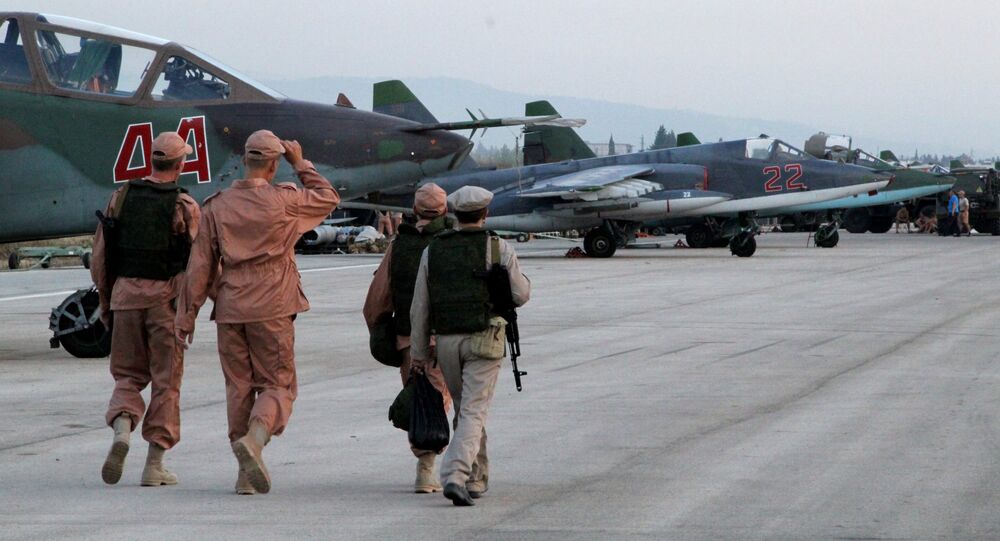 Airstrikes in Syria Aimed at Protecting Russians From Terrorism - Medvedev

"We are protecting Russian people from terrorist threat because it is better to do this abroad than to fight terrorism within the country," Medvedev told Rossiya-24 TV channel in an interview.

Russia, "unfortunately, has a very difficult experience in countering terrorism," he added.

Earlier in the week, Kremlin Administration Aide Sergei Ivanov said that Moscow had to be proactive in fighting terrorism and had "to act in distant frontiers, rather than deal with this problem later in Russia."

Commenting on possible ways to settle the conflict in Syria, Medveded underscored that negotiations between the Syrian government and the country's opposition are necessary.

"The main thing is that everything is resolved through negotiations, that we manage to seat at the same table the [Syrian] opposition and the authorities, and that they work out proposals for the future of Syria," Medvedev told Rossiya-24 TV channel.

© AP Photo / Muzaffar Salman, File
Russia in Syria: Putin is Doing Everything Right – German Magazine
Syria has been in a state of civil war since 2011. The country’s government is fighting a number of opposition forces, as well as radical Islamist militant organizations, including the Nusra Front and the Islamic State.