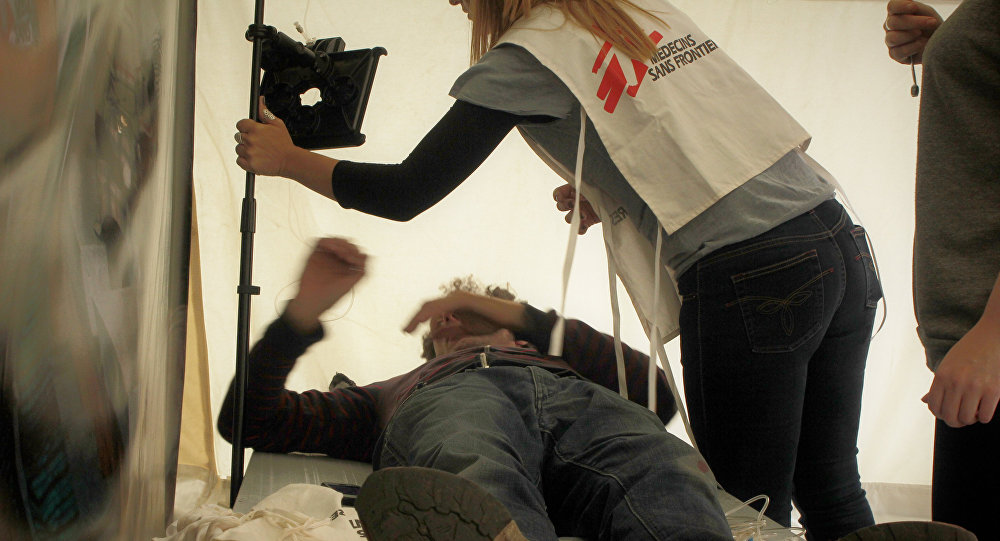 NATO Admits US May Have Hit MSF Hospital in Kunduz

NATO does not rule out the possibility that a hospital of Doctors Without Borders in Afghan city of Kunduz was bombed by US air forces.

MOSCOW (Sputnik) – A Doctors Without Borders (Medecins Sans Frontieres, or MSF) hospital in the Afghan city of Kunduz was bombed early on Saturday, leading to the death of at least three people, with dozens missing, the international aid agency said in a statement.

There were around 200 people in the hospital building when it was bombed, according to MSF.

NATO said in a statement that US forces conducted an airstrike in Kunduz at around the same time — just after 02:00 am on Saturday (after 22:00 GMT Sunday).

#MSF #Kunduz trauma center aflame after aerial attack this morn. Staff tending to patients, each other, in aftermath pic.twitter.com/o6toDwivym

The medical team is working around the clock to do everything possible for the safety of patients and hospital staff.

'We are deeply shocked by the attack, the killing of our staff and patients and the heavy toll it has inflicted on healthcare in Kunduz," Bart Janssens, MSF Director of Operations commented on the bombing.

A picture of MSF hospital in #Kunduz. This is the only functional hospital in Kunduz. #Afghanistan #AFG #Afghan pic.twitter.com/UiXYUSneUJ

"We do not yet have the final casualty figures, but our medical team are providing first aid and treating the injured patients and MSF personnel and accounting for the deceased. We urge all parties to respect the safety of health facilities and staff."

According to MSF, at the time of the aerial attack 105 patients and their caretakers were in the hospital and over 80 MSF international and national staff.

MSF's hospital is the only facility of its kind in the Northeast of Afghanistan, providing free life- and limb-saving trauma care.

Kunduz, a city of 300,000 in northern Afghanistan, was recaptured by Afghan government forces on Thursday. The city was surrounded by the Taliban militants in May, but they recaptured it on Monday.

Security in Afghanistan has become fragile following the withdrawal of NATO forces in December 2014 and an ensuing spring offensive by militants, including the Taliban and the Islamic State (ISIL).

The current US plan is to end military presence in Afghanistan by December 2016, closing the remaining US bases in the country.