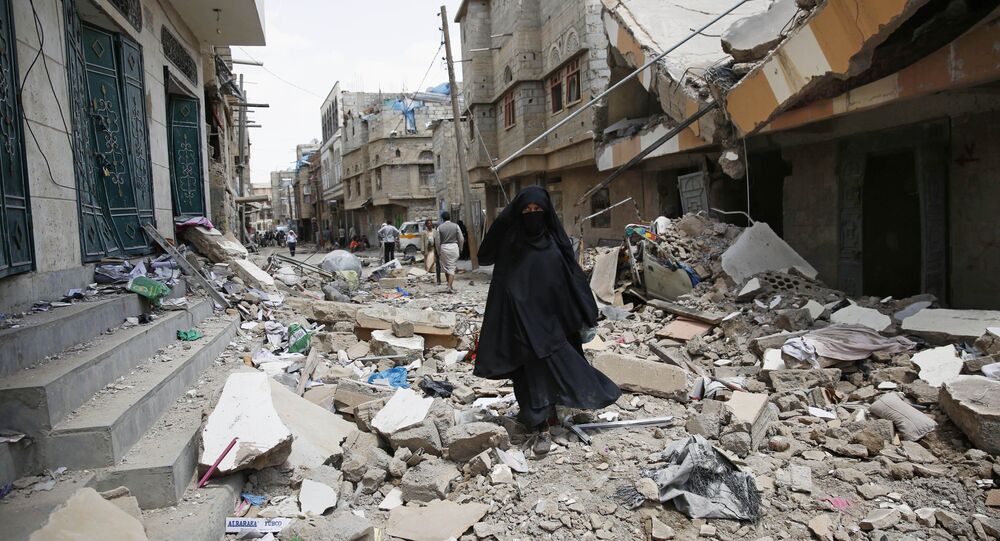 The White House on Friday called for an investigation into reports that civilians and Red Crescent volunteers in Yemen were killed in Saudi-led airstrikes earlier this week.

The White House said it was "deeply concerned" and "shocked and saddened" by the reports, and noted that the United States has urged "the imperative of precise targeting" to the coalition, Reuters reported.

"We take all credible accounts of civilian deaths very seriously and again call on all sides of the conflict in Yemen to do their utmost to avoid harm to civilians and to comply with their obligations under international humanitarian law," White House National Security Council spokesman Ned Price said in a statement.

"We call for an investigation into these reported civilian casualties and for the findings to be reported publicly," he said.

© AP Photo / Vadim Ghirda
'Out of Control Empire': Why Do US Bombs Keep Falling in Places Where Obama 'Ended Two Wars?'

While the White House urged precision in Yemen, the accuracy of US-led airstrikes in Iraq and Syria over the past year has been called into question by Airwars, a team of journalists tracking the attacks.

As of September 27, between 584 and 1,704 civilians have been killed in airstrikes since the US-led coalition opened its bombing campaign in Iraq and Syria on August 8, 2014, Airwars estimates.

US Central Command, however, to date has only acknowledged two civilian deaths – those of two children killed in a November 2014 strike in Syria.

The US-led coalition estimates that, over that same timespan, 15,000 Islamic State militants have been killed in the 7,200 airstrikes launched in Iraq and Syria.