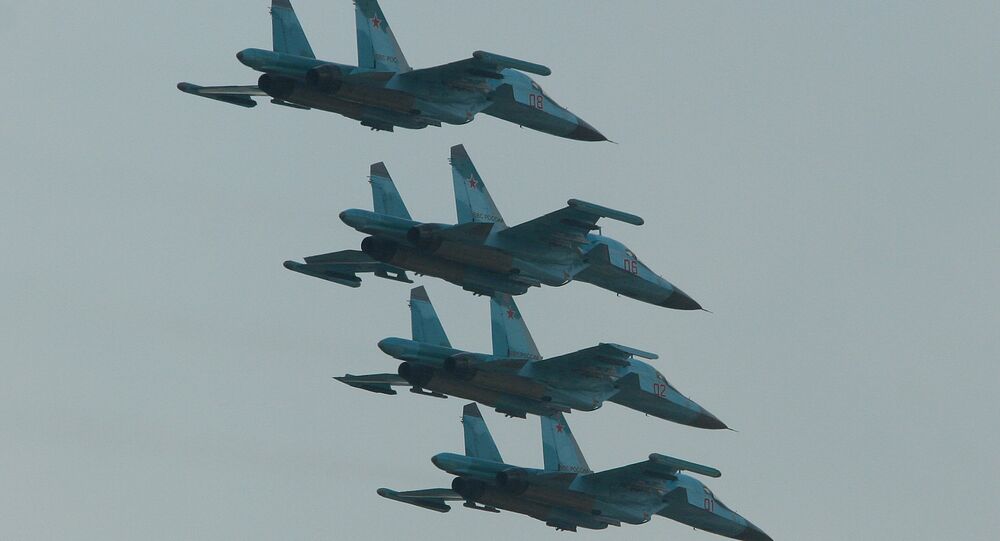 Russian Su-24M and Su-25 attack aircraft destroyed an ISIL command post in the Idlib province, whereas Su-34 and Su-25 planes eliminated an ISIL fortified bunker in the Hama province.

According to the official, Su-24M and Su-25 attack aircraft destroyed an ISIL command post in the Idlib province.

The spokesman said Russian planes had destroyed an ISIL arms depot in Syria and 10 pieces of hardware, including infantry fighting vehicles. A Su-25 destroyed an improvised explosive device and landmine production facility that was disguised as a gas cylinder factory, Konashenkov added.

The airstrikes were carried out near the town of Khan Shaykhun and the city of Maarat al-Numan, in Syria’s nothwestern Idlib province.

According to Konashenkov, Su-34 jets hit an ISIL fortified bunker in the Hama province with guided bombs.

"Objective monitoring confirmed that one of the bombs destroyed a command post and its infrastructure with a direct hit."

Russian fighter jets have been conducting anti-ISIL air missions in Syria since Wednesday. All the strikes have been launched with advance air surveillance and careful verification of data provided by the Syrian military, according to the ministry.