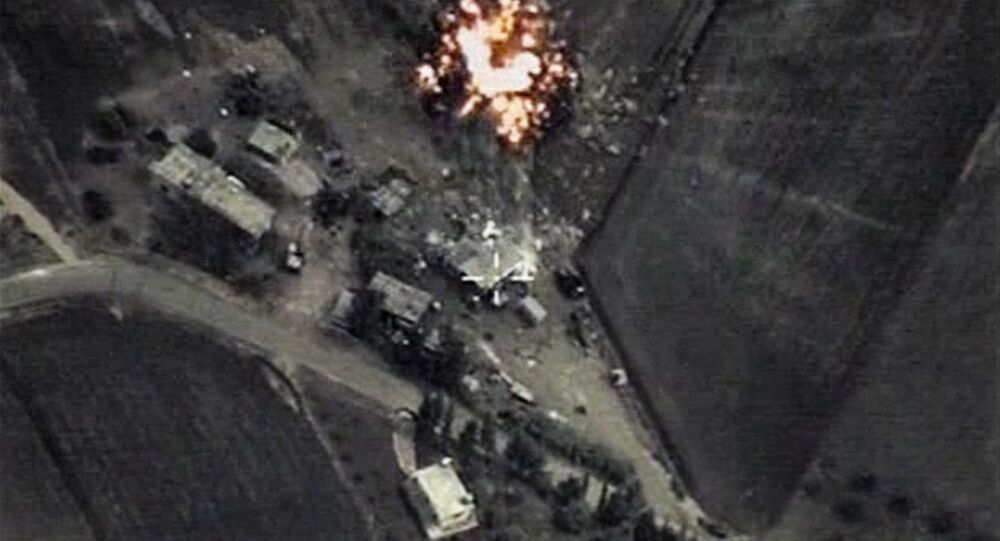 "These pseudo-sensations are complete nonsense, without any factual ground. Media provocations appearing today are messages, hastily fabricated before the start of the operation," Konashenkov told reporters.

Konashenkov added that the Russian Defense Ministry is providing the international community with twice a day updates on its military operation in Syria, including map, photo and video reports.

Earlier in the day, the Turkish Foreign Ministry released a statement calling on Russia to stop airstrikes against Syrian opposition factions and civilians, and to focus its efforts on the fight against ISIL. The statement was endorsed by France, Germany, Qatar, Saudi Arabia, the United Kingdom and the United States.

© AFP 2021 / BRENDAN SMIALOWSKI
Russia, Iran, Iraq, Syria Share Equal Rights in Baghdad Information Center
On Wednesday, Russia started carrying out pinpoint airstrikes on ISIL targets in Syria. According to the Russian Defense Ministry, the targets were chosen upon intelligence, including air surveillance, gathered and verified by Russia and Syria.

On Thursday, Syrian Ambassador to Russia Riad Haddad confirmed that Syrian Army strikes, supported by the Russian Air Force, were carried out against armed extremist organizations and not against political opposition factions or civilians. The ambassador added that the Syrian Army had the exact coordinates of extremist group assets in the country.

The Russian military operation in Syria is being performed at the request of Syrian President Bashar Assad.