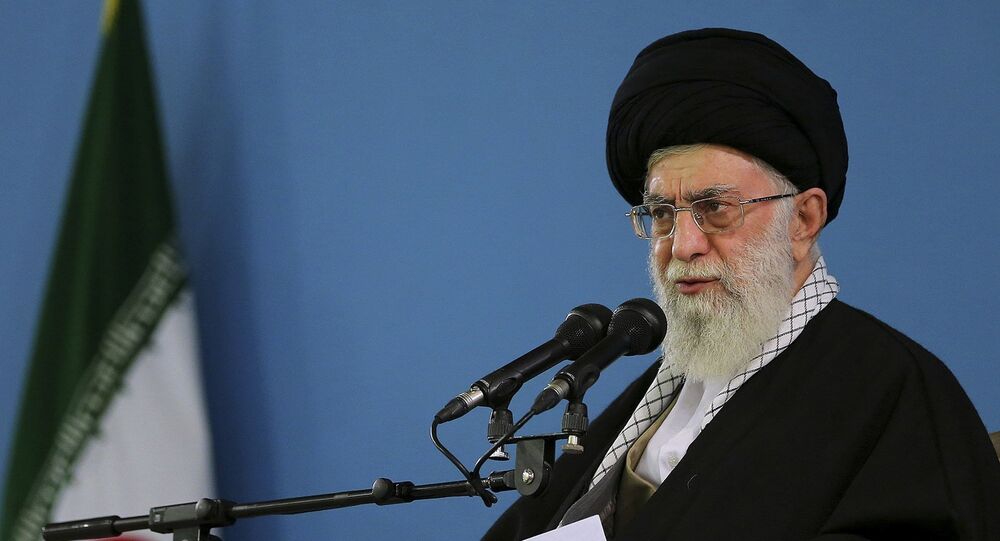 Iran’s supreme leader Ayatollah Ali Khamenei has threatened a ‘tough and fierce’ reaction against Saudi Arabia if it does not swiftly repatriate victims of last week’s Hajj stampede, calling on Muslim countries to form an investigative committee into the cause of the tragedy.

© AP Photo
Photos Suggest Death Toll in Hajj Stampede Much Higher Than Reported
At least 769 pilgrims were killed, and over 900 injured in a tragic stampede in Mina, which lies roughly 2 miles from the holy site of Mecca, according to Saudi Arabia’s official SPA news agency. Iran, however, claims the death toll is much higher. The Islamic Republic’s Hajj and Pilgrimage Organizations puts the number of Iranian deaths at 239, with an additional 241 others who have not been accounted for.

Speaking at a graduation ceremony for Navy officers, Khamenei accused Saudi officials of “slyness,” warning that if they do not return Iranian victims, they will face a harsh retaliation.

"Saudi Arabia failed to fulfill its duties concerning the desperate wounded [pilgrims],” he said. “They should know that the slightest disrespect towards tens of thousands of Iranian pilgrims in Mecca and Medina and not fulfilling their obligations to transfer holy bodies, will have Iran’s tough and fierce reaction."

The comments were perceived as a response to Riyadh’s refusal to allow Iranian cargo planes into the kingdom to retrieve victims’ bodies. Tehran has additionally accused Saudi Arabia of failing to issue visas to Iranian officials allowing them to travel to the country and facilitate the return of bodies.

"The Islamic Republic of Iran has so far showed self-restraint and abided by Islamic politeness and brotherhood," Khamenei added in his speech.

Iran’s supreme leader has also called on leaders of Muslim countries to launch an investigation into the causes of the tragic stampede.

"Representatives from Iran and the Islamic world should go to Saudi Arabia and investigate the cause of the Hajj incident," he said, according to Fars News Agency.

Iran has summoned the Saudi envoy in Tehran four times since last week’s stampede, warning against any delay in the identification of Iranian victims and their repatriation.

Khamenei’s comments mark an escalation in the heated rhetoric between Iran and Saudi Arabia, as the two countries face off in a number of proxy conflicts in the region, including Syria and Yemen. Saudi officials have accused Tehran of politicizing the tragedy, while Tehran accuses its Saudi counterparts, and Hajj officials in Mecca of negligence and demanded an apology.

Saudis Blame Pilgrims for Their Own Deaths in Hajj Stampede