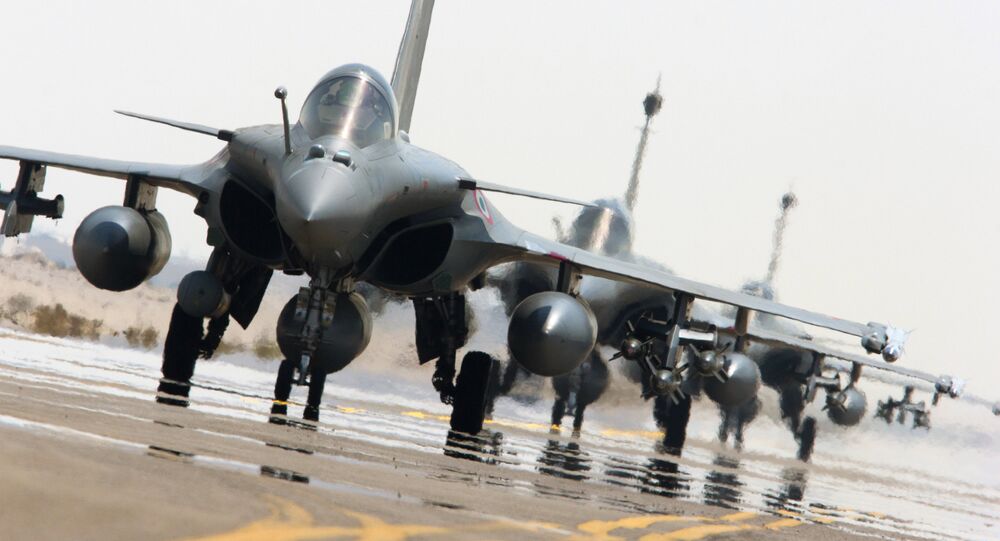 French Prime Minister Manuel Valls said that Paris will continue operation in Syria for as long as needed.

“Reconnaissance flights were a prelude to the strikes, which began on Sunday, when the ISIL’ camp was bombed. We will continue this operation for as long as needed. And we will continue it independently,” Valls said.

Paris recently authorized the French air force to carry out airstrikes in Syria, without consulting or informing Damascus.

© Sputnik / Alexander Vilf
Russia Authorizes Use of Its Armed Forces in Syria to Fight ISIL
The Russian Foreign Ministry has repeatedly stressed that carrying out airstrikes within Syrian territory without official government approval is against international law.

Syria has been in a state of civil war since March 2011. Government forces have been clashing with "moderate" opposition factions and extremist groups, such as Islamic State and the Nusra Front.

According to the UN, the armed conflict has killed over 250,000 people and displaced over 11 million, making it the largest humanitarian crisis on the Earth.