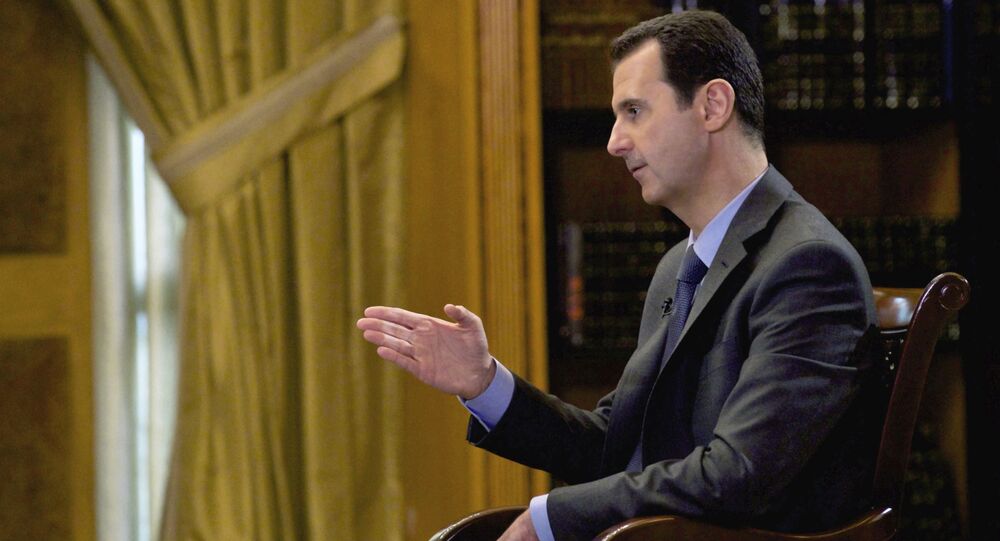 Alessandro Pagano, the chairman of Russian-Italian inter-parliamentary commission, said that Russia's intention to use its air force in Syria was a reasonable move, benefiting the world.

Earlier, Russian President Vladimir Putin requested the upper chamber of the Russian parliament approve the use of the Russian Air Force abroad, following a request by Assad. The request was unanimously approved on Wednesday.

"Russia has defended and is defending its political interests in Syria. Russia has always been loyal to Assad and considered him as the defender not only of his country against the main regional threat — the ISIL," Alessandro Pagano said.

© REUTERS / Khalil Ashawi
Here’s How And Why Russia Is Fighting ISIL In Syria
He added that Russia's intention to use its air force in Syria was a reasonable move, benefiting the world.

Syria has been in a state of civil war since 2011. Government forces have been fighting on multiple fronts against opposition forces and numerous extremist groups, including ISIL.

Moscow, seeking a political solution to the Syrian conflict, hosted two rounds of intra-Syrian reconciliation talks, and has been providing humanitarian aid to people in the conflict-torn country and military equipment to support Damascus in its fight against terrorist groups.

Italy Must Enhance Cooperation With Russia in Countering ISIL