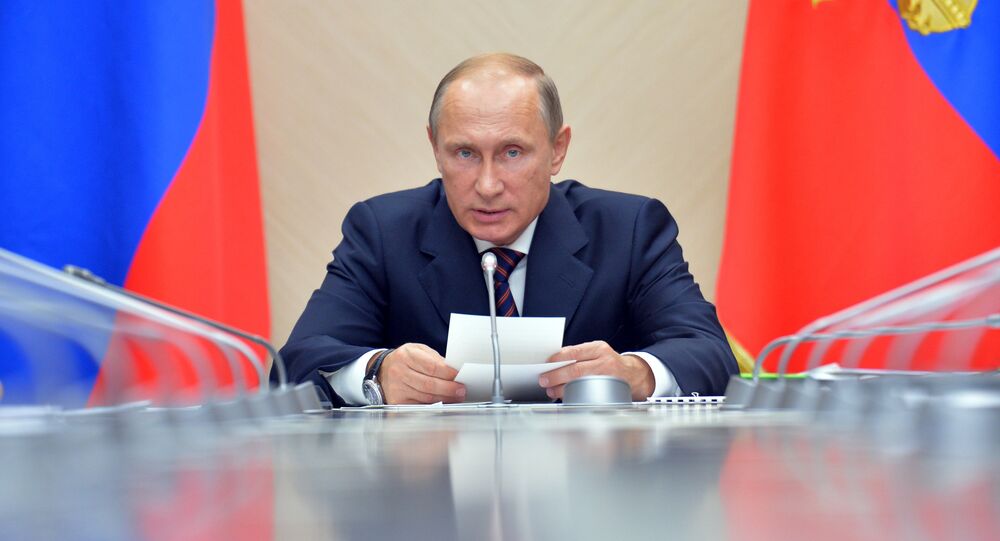 Speaking at a meeting with cabinet members the Russian president said the only way to fight international terrorism in Syria was acting pre-emptively, destroying terrorists in the areas they have already occupied.

Russia's engagement in the Syrian military conflict is "temporary", president Vladimir Putin said Wednesday during a meeting with cabinet members. "Russia is not planning to go headfirst into the Syrian conflict", he said.

© Sputnik / Alexander Vilf
Russia Authorizes Use of Its Armed Forces in Syria to Fight ISIL
The only way to battle terrorism is through pre-emption and by targeting occupied territories, he is quoted as saying.

"The only true way to combat international terrorism — and those fighting in Syria and its neighboring countries are just that, international terrorists — is through pre-emption, and fighting and destroying insurgents in territories that are already occupied, instead of waiting for them to come to our house," Putin said at a meeting with government officials.

The president noted that Russia believes the fight against terrorism must be carried out in line with an international plan.

Earlier on Wednesday, Russia’s upper house of parliament authorized the use of the country's armed forces in war-torn Syria. According to presidential aide Sergei Ivanov, the military goal of the operation is exclusively air support of the Syrian government forces in their fight against the Islamic State.