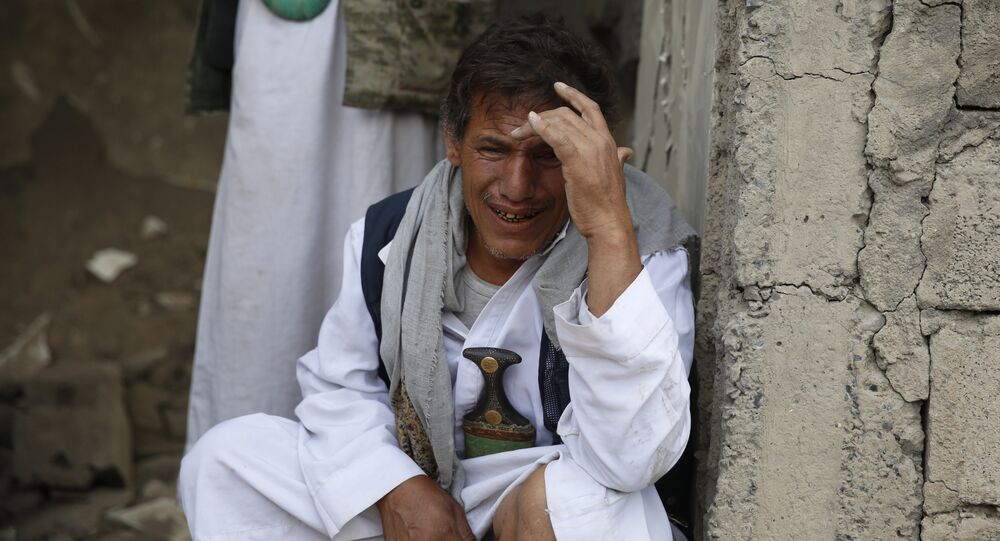 There is growing pressure on the Saudi Arabia-led, US-backed coalition to halt its bombing campaign of Yemen, after the UN revealed that more than 2,300 civilians have been killed in the country since March.

In an address to the media, Rupert Colville, spokesman for the United Nations High Commissioner for Human Rights, estimated that at least 2,355 civilians had been killed and 4,862 wounded as a result of fighting in Yemen since March 27, when Saudi Arabia announced it was kicking off its bombing campaign.

There is concern over the increase in civilian fatalities in Yemen in recent times, which was highlighted by the deaths of more than 100 people at a wedding party in the southwestern Al-Wahijah village of Yemen over the weekend.

The UN estimates that 135 people were killed in the airstrike, which locals have blamed on the Saudi-led coalition. However, Riyadh has denied responsibility for the attack.

Saudi officials claim that they are being blamed for much of the damage caused by Houthi rebel forces, however the UN has singled out the Saudi coalition as being responsible for the majority of civilian deaths in Yemen during the past six months.

A recent report released by the UN high commissioner's office found that close to two-thirds of reported civilian deaths "had allegedly been caused by coalition airstrikes, which were also responsible for almost two-thirds of damaged or destroyed civilian public buildings," Mr Colville said.

Instead of strictly targeting opposition militia bases, Mr Colville said that civilians were being killed by "an increasing number of airstrikes targeting bridges and highways."

Following the news of the wedding bombing over the weekend, UN Secretary-General Ban Ki-moon called for an end to airstrikes in Yemen, warning that:

"…any intentional attack against civilians is considered a serious violation of humanitarian law."

In a message directed at both the Houthis and the Saudis, he also called on all parties involved in the Yemeni conflict "from inside and outside the country to immediately cease all military activities."

Pressure on US to Withdraw Support

The growing civilian death toll and seemingly, lack of progress in the Saudi-led war against Houthi rebels has also led to calls for the US to stop providing military support and technical assistance to Riyadh's forces.

Citing the increase in civilian deaths, Californian Democrat representative Ted Lieu, wrote a letter to the chairman of the US Joint Chiefs of Staff, calling on the US to:

"…cease aiding coalition airstrikes in Yemen until the coalition demonstrates that they will institute proper safeguards to prevent civilian deaths."

This has also led to increased pressure for the US and other western allies of Saudi Arabia, such as Britain, to urge the kingdom to resort to diplomatic measures in the wake of the constant airstrikes.

Adding to the effects that airstrikes are having on Yemeni citizens, there is also great concern over the Saudi blockade on Yemen's main ports.

© AP Photo / Hani Mohammed
Dozens Dead in Yemen Wedding Airstrike, Witnesses Blame Saudi-Led Coalition
While Saudi officials claim the blockade is in place to prevent weapons and military supplies from being smuggled into the hands of Houthi rebels, aid agencies have said that it is worsening the living situation, with four out of five Yemenis requiring humanitarian assistance and 1.5 million displaced internally.

In March, Saudi Arabia and its allies announced that it would undertake a series of airstrikes, with the aim of destroying the Houthi rebels, who illegally seized power of the country earlier this year.

However, critics say that the Saudis intent on returning the exiled President Abd Rabbuh Mansur Hadi, is based on their own strategic goals, with Hadi accused by some of being a puppet leader for Riyadh's interests.