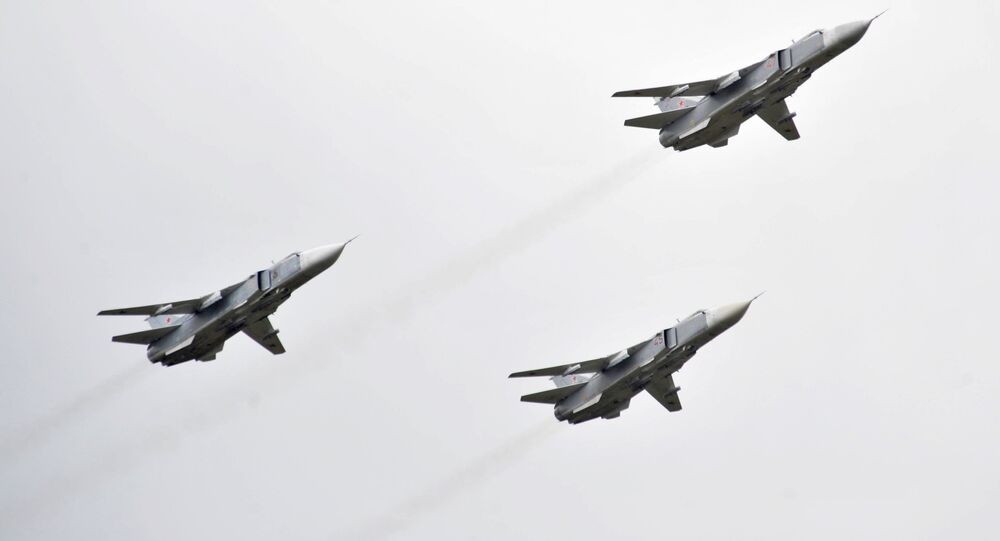 The airstrikes appear to have been carried out near Homs, north of Damascus.

© Sputnik / Alexander Vilf
Russia Authorizes Use of Its Armed Forces in Syria to Fight ISIL
The United States has indications that Russia has started carrying out airstrikes in the vicinity of Homs in Syria, a US official said.

According to the official, Russia gave the United States advanced notice it intended to carry out the airstrikes.

The official, who spoke to Reuters on condition of anonymity, said the information on the air strikes was preliminary and declined to give any details, including on the number of strikes or the aircraft used.

Senior US military official: The Russians notified US one hour prior to their flights over Syria, asked the US to stay out of the airspace

Commenting on the unfolding Russian military operation, a Pentagon spokesman said the US-led coalition would continue airstrikes in Syria despite Russia's demand to exit the country's air space.

Earlier on Wednesday, Russia’s upper house of parliament authorized the use of the country's armed forces in the war-torn Syria. According to presidential aide Sergei Ivanov, the military goal of the operation is exclusively air support of the Syrian government forces in their fight against the Islamic State.

Russian Air Force to Strike All Terrorist Organizations in Syria