René Rouquet, the head of the French delegation to the Parliament Assembly of the Council of Europe, said that the difficulty for countries combating the Islamic State is to find consensus on the future of Syrian President Bashar Assad.

© Sputnik / Andrey Stenin
Syrian Opposition Leader Says 'No Solution' to Crisis Without Russia
MOSCOW (Sputnik) — The future of Syrian President Bashar Assad is the main stumbling block for the joint action of countries combating the Islamic State, a French lawmaker and the head of the French delegation to the Parliament Assembly of the Council of Europe told Sputnik on Tuesday.

"Everybody is now acting in its own way," René Rouquet said in regard to combatting the Islamic State.

"It will be more efficient that everyone acts together, but the difficulty is the position on Assad," Rouquet added.

The United States, its Western allies and a number of Syria’s regional rivals, advocate the removal of Assad from power as a key way forward in resolving the ongoing civil war and humanitarian crisis. Russia, on the other hand, backs Assad as the legitimate authority of the Arab republic. 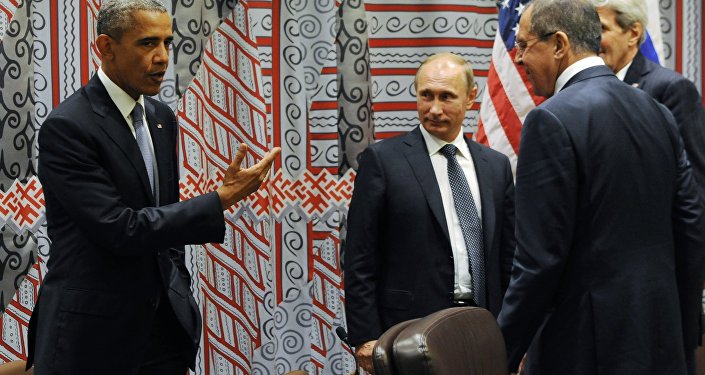 © Sputnik / Mikhail Klimentyev
West Facing Diplomatic Dilemma Over Syria After Putin Offer
"We can understand that at this moment, Assad is better than the advance of Daesh [Arabic acronym for ISIL], but you cannot say that in the end he will be whitewashed and we go back to zero point in Syria. This is our position," Rouquet said.

In his address to the 70th United Nations General Assembly on Monday, Russian President Vladimir Putin said it is an "enormous mistake" to refuse to cooperate with the Syrian government in its anti-ISIL efforts.

Russia has recently established a joint center in the Iraqi capital of Baghdad to coordinate efforts to tackle IS with Iran, Iraq and Syria.

The French air force conducted its first airstrikes against IS positions in Syria on Sunday.