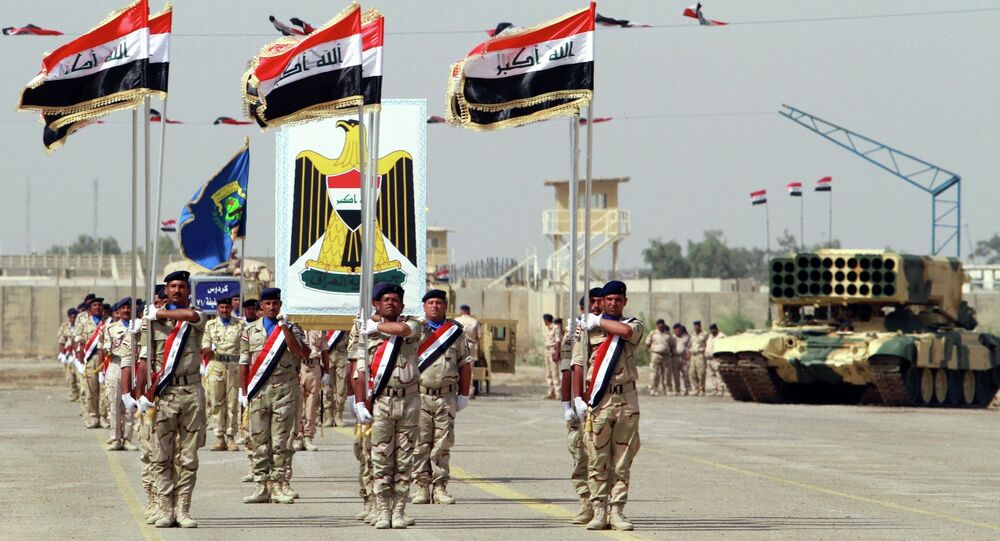 According to Fox News, Russia, Syria and Iran set up a coordination cell in Baghdad to counter ISIL terrorists.

On Tuesday, Hossein Amir-Abdollahian, the Iranian deputy foreign minister for Arab and African affairs, said that Russia and Iran would enhance their coordination with the Syrian government on Tehran's plan for a political settlement of the ongoing Syrian civil war.

According to the channel, the coordination cell includes participation of low-level Russian generals. The Iraqi government may also be involved, the media said.

© Sputnik / Valeriy Melnikov
Russia Helping US Change Its Wrong Syrian Policy - Ex-White House Official
The channel reported that the Russian military had begun flying fighter jets from Bassel al-Assad airport in Latakia, the principal port city of Syria, making laps around the base without conducting strikes.

Syria has been mired in civil war since 2011 as government forces loyal to President Bashar Assad fight several opposition and radical Islamist militant groups, including IS jihadists.

According to UN estimates, over 250,000 people have been killed since the beginning of the Syrian conflict.

US Blocking Russian Proposal to Sanction ISIL via UNSC