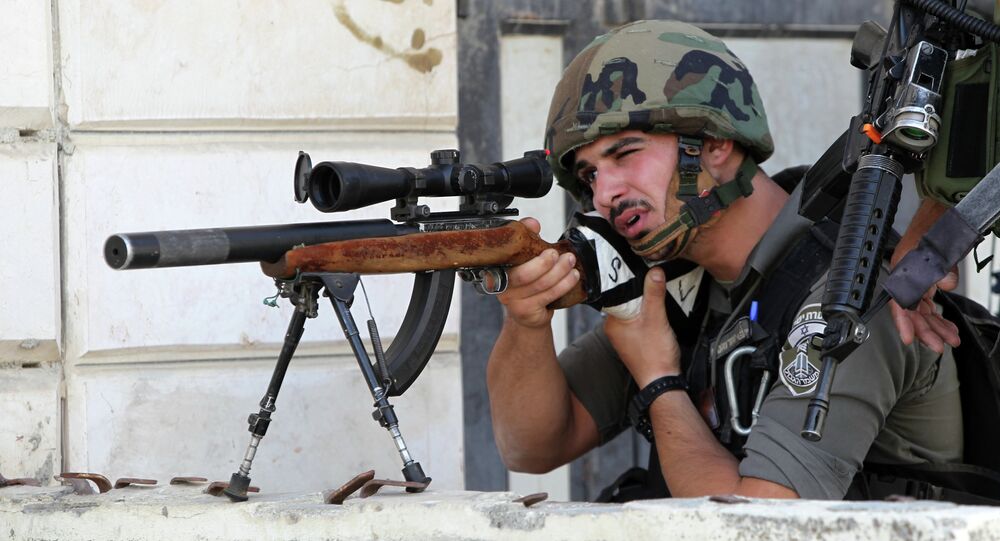 Israeli police have been authorized to use snipers against civilians throwing stones in East Jerusalem, a practice which was previously limited to Israeli soldiers in the West Bank.

© REUTERS / Ammar Awad
Palestinians to 'Pay Dearly' for Clashes With Police in Jerusalem - Mayor
The Israeli police have been allowed to use snipers against Palestinians who throw stones at soldiers even though a lethal response is not necessary, Sarit Michaeli, spokesman for the Israeli Information Center for Human Rights in the Occupied Territories (B'Tselem) told Radio Sputnik.

The policy was previously only practiced in the West Bank, but has now spread to occupied East Jerusalem, which is policed by Israeli forces. Under the new legislation officers can open fire if the stone throwers are endangering the lives of people in cars or houses.

"What Israel is trying to do is to import the norms and methods that are used in the West Bank to deal with the Palestinians who are throwing stones or involved in clashes with the army into East Jerusalem, which is an area that Israel unilaterally and illegally annexed in 1967," Michaeli told Radio Sputnik.

Israeli police will use.22 caliber rifles and will be trained to fire the rounds at the Palestinians' legs. According to B’Tselem, the rifles which will be used by the Israeli snipers are absolutely lethal to humans and the use of such weapons has been documented in several mass killings in other countries.

Michaeli added that the measure is done as a means of enforcing the occupation of East Jerusalem. In Michaeli's opinion, the cycle of violence would only lead to more revenge and violence, as was the case when Israeli extremists killed a Palestinian teen by burning him alive in 2014.