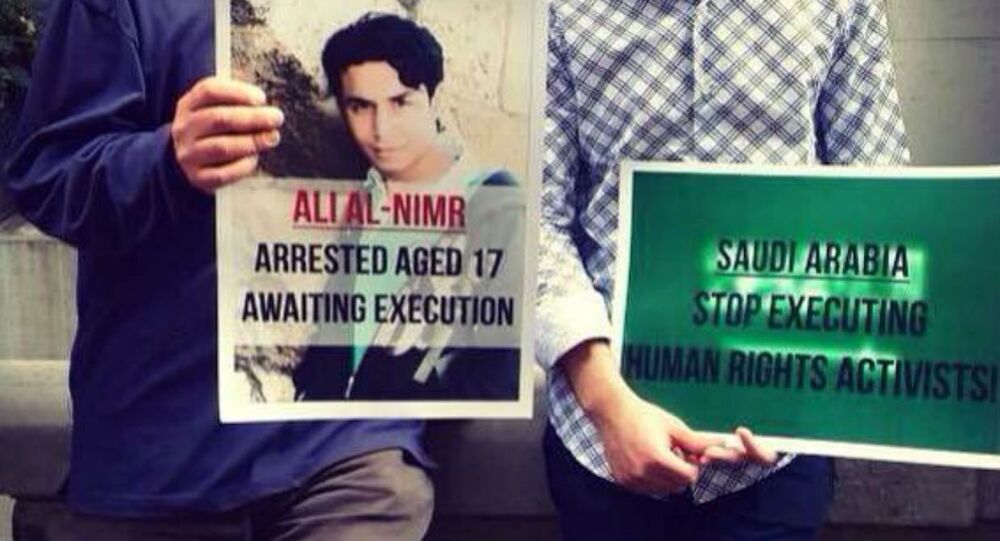 A Saudi prisoner who was arrested and sentenced to death as a child is facing “death by crucifixion” after a final appeal on his behalf was dismissed this week.

© Flickr / Global Panorama
Killing in the Name of… ‘Justice’: Horror Over Saudi Executions
Ali Muhammed al-Nimr was arrested in February 2012 when he was just 17 years old for participating in anti-government protests in his hometown of Qatif. The town, which is in Saudi Arabia’s Shiite-populated Eastern province, was the site of massive anti-government street protests inspired by the Arab Spring movement at the time.

The movement was also met with an intense government crackdown that led to the incarceration of several demonstrators, some of whom also received the death sentence.

Ali was accused by Saudi authorities of participating in illegal protests, and handling firearms. After being held at a juvenile offender facility without access to lawyers, evidence emerged indicating he had been tortured and forced to sign a document equivalent to a confession.

Though there was never any evidence of him handling firearms, the signed document became the basis of the case against Ali, and he was subsequently convicted by Saudi Arabia’s secretive Specialized Criminal Court (SCC). He was sentenced to death by crucifixion on May 27, 2014.

Ali’s case is also believed to be tied to that of his uncle, Sheikh Nimr Baqr al-Nimr, who is an influential religious leader and activist in the Kingdom. A known critic of the Kingdom’s al-Saud ruling family, al-Nimr was arrested and incarcerated after delivering speeches to anti-government protesters in 2012. He was convicted of alleged terrorism crimes and of “waging war against God” for his speeches, and was similarly sentenced to death. 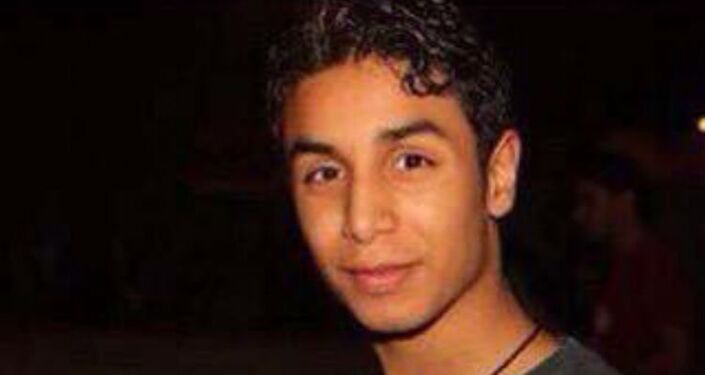 According to the International Business Times, authorities plan to execute al-Nimr on Thursday, prompting fears that his nephew will also be executed within the next few days, as families are never informed about the exact execution date.

Ali and his family have consistently denied the charges brought against him, and his final appeal process was carried out without any of their knowledge. The family was only informed about their son’s case after the appeal was denied, leaving him little legal ground to oppose the death sentence.

Reprieve, a human rights organization and legal charity, has urged the European Union to intervene on both Ali and his uncle’s behalf to stop the sentence from being carried out.

"No one should have to go through the ordeal Ali has suffered – torture, forced 'confession,' and an unfair, secret trial process, resulting in a sentence of death by 'crucifixion,'" Reprieve director Maya Foa told the International Business Times.

A sentence to death by crucifixion involves beheading the prisoner before placing him on a cross for a number of days.

"But worst still," Foa added, "Ali was a vulnerable child when he was arrested and this ordeal began. His execution – based apparently on the authorities’ dislike for his uncle and his involvement in anti-government protests – would violate international law and the most basic standard of decency. It must be stopped."

Saudi Arabia has become the subject of intense scrutiny from human rights organizations for its use of the death penalty. The rate of executions in 2015, which as of June reached an alarming 100, has already surpassed the 87 executions in 2014. Should the rate continue, Saudi will surpass its own record 192 executions held in 1995 and that of Iran and China, which are currently the only two countries that carry out more death penalties.

Amnesty International has additionally criticized the Kingdom for not only the rate of executions, but the justifications for them. In June, a Syrian resident of Saudi was executed for allegedly smuggling “banned amphetamine pills” into the Kingdom, and according to the watchdog group, many people, like Ali, have been executed after unfair trials.

Saudi Arabia’s government, however, continues the practice, maintaining that it is within the scope of Sharia law, and that fair trial standards are observed.