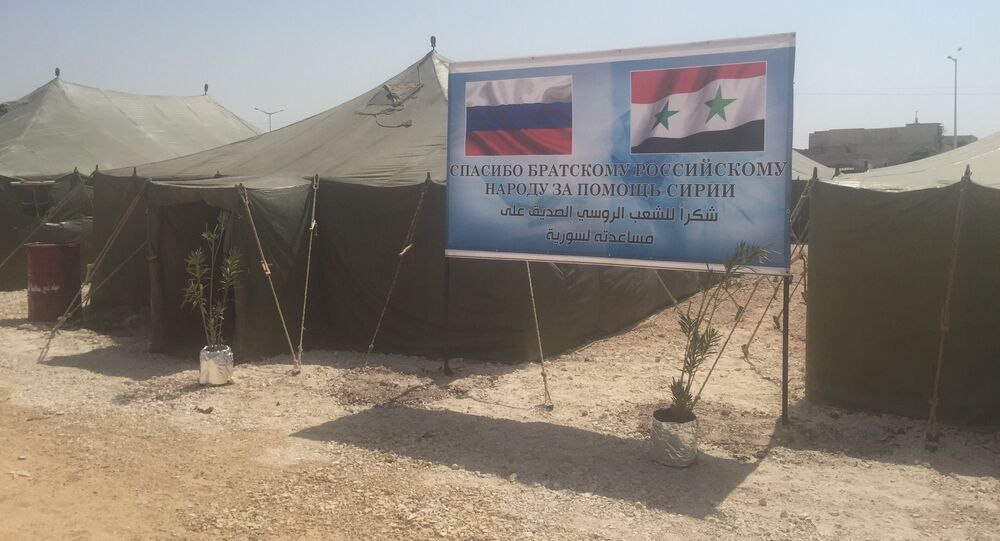 The camp has 25 tents with beds and heaters, four kitchens, and several storage facilities.

HAMA (Sputnik) – Russia has established the first refugee camp for 500 people in the central Syrian city of Hama.

“I’d like to thank the Russian Federation for delivering the camp and all the necessary equipment. We really need this camp to place the temporarily relocated citizens of the province torn by war,” Hama Governor Hassan Omar Halaf said during the opening ceremony.

© Sputnik / Andrey Stenin
Russia Hands Over Humanitarian Aid to Syrian Government
The camp was built on the territory of an hippodrome almost in the center of the city of Hama. It includes 25 tents with beds and heaters, four kitchens, and several storage facilities.

Russian aircraft have delivered 15 tons of food and 50,000 sets of single-use kitchenware, anticipated to be enough for 30 days.

According to UN estimates, some 7.6 million people have been internally displaced in Syria and another four million are living as refugees outside the country as a result of the four-year-long civil war between the government and opposition forces, including the violent Islamic State group.