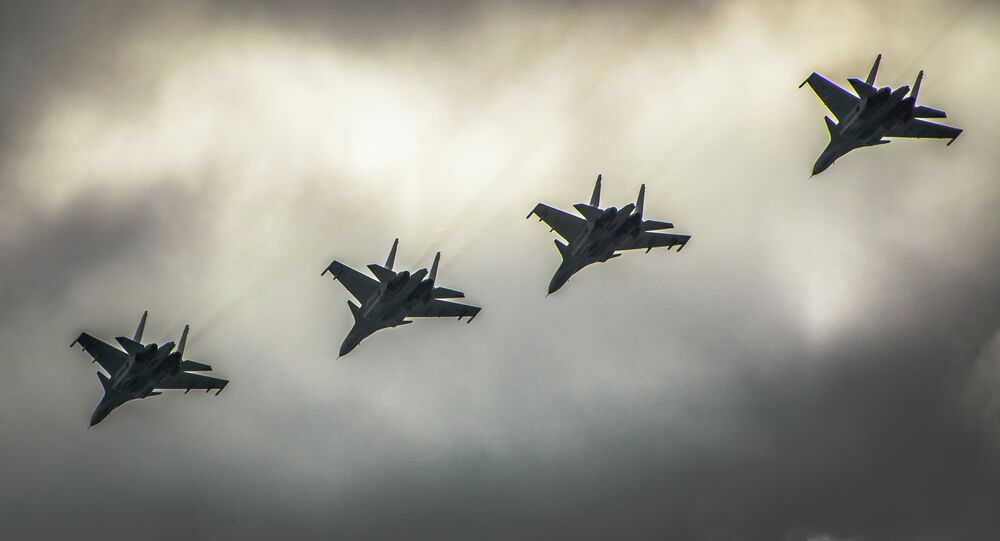 Syria’s UN ambassador on Wednesday said Russia had every right to carry out airstrikes against the Islamic State militants in his country.

“Why are the Americans fighting ISIL with their fighter jets and the Russians should be forbidden from that?” Ambassador Bashar Ja’afari told reporters, “Does it make sense? It doesn’t make sense.”

© AFP 2021 / US NAVY / MC2 JACOB G. SISCO
US-Led Coalition Against the ISIL Launches 14 Airstrikes in Syria, Iraq
“After all, we are fighting the same enemy,” he added.

The Syrian envoy also said that Russia’s military assistance to Damascus was coming as part of the longtime defense cooperation between the two countries.

Earnest said the White House would welcome an "integrated, coordinated constructive effort from Russia" to support the US-led coalition in Syria.

Syria has been mired in civil war since 2011, with Assad’s government fighting against many opposition factions and militant groups, such as Islamic State.

Since 2014, an international coalition led by the United States has been conducting airstrikes against IS militants without approval from Damascus, as the West does not recognize Assad as the legitimate leader of Syria. The coalition has also been training the so-called moderate opposition.

The prolonged military action in Syria has contributed to a global refugee crisis, with hundreds of thousands of people flocking to Europe in a bid to secure asylum.