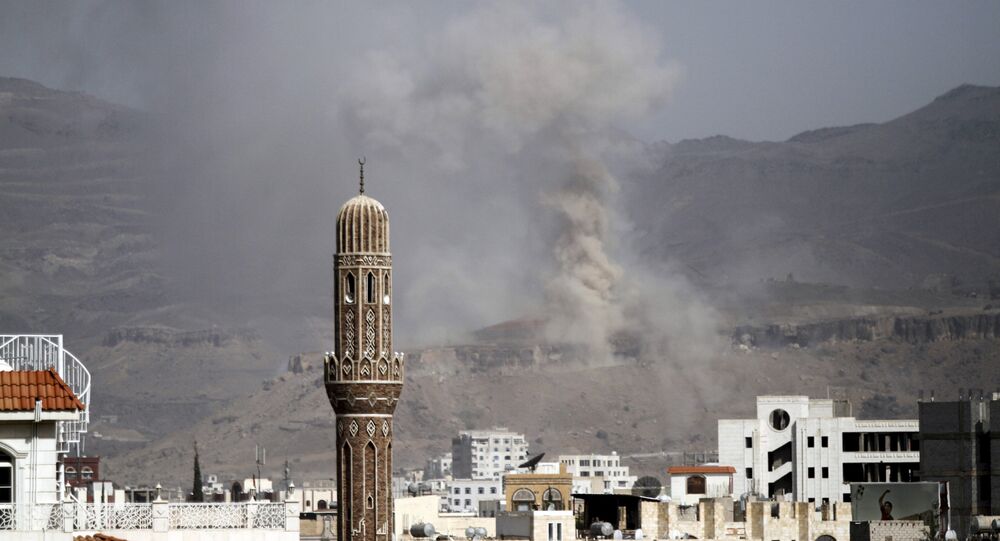 US Allocates $89Mln in Additional Aid to Yemen - State Department

The US sent over $89 million in additional assistance to help civilians affected by civil war in Yemen, US State Department spokesperson said on Wednesday.

"I am pleased to announce that more than $89 million in addition assistance to help people affected by the ongoing conflict in Yemen, including nearly $71 million for United States Agency for International Development and more than $18 million from the Department of State’s Bureau of Population, Refugees and Migration," Toner said.

The violence in Yemen, Toner noted, has left 80 percent of the country’s population in need of urgent humanitarian aid.

Toner explained the new funding will support the efforts of the UN High Commissioner for Refugees (UNHCR) and other international organizations in Yemen.

"[The Aid] brings the total US humanitarian assistance in response to the crisis in Yemen to nearly to $170 million in 2015," he added.

© REUTERS / Stringer
Exiled Yemeni Vice President, Ministers Return to Aden - Source
Yemen has been engulfed in a military conflict since the country’s main opposition group, the Houthis, forced the country’s president government to resign in January.

A coalition of Arab states, led by Saudi Arabia, has been conducting airstrikes against the Houthis at the request of ousted President Abd Rabbuh Mansour Hadi since March.

More than 2,000 civilians have been killed in the conflict, and four out of five Yemenis have been displaced and in need of urgent humanitarian assistance, according to the United Nations.