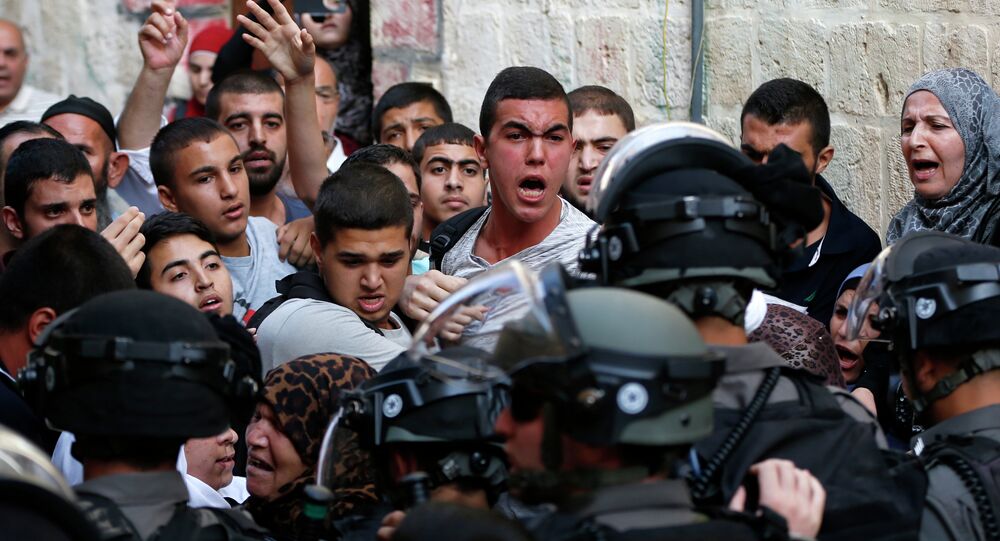 Following the standoff, police spokesman Micky Rosenfeld said police presence had been reinforced at the site to prevent rioting.

Israeli law enforcers stormed the holy site on Sunday morning. Masked Arab suspects responded by hurling rocks at the police, the Israeli outlet cited police as saying. They were later arrested, and tourists were allowed into the mosque.

Following the standoff, police spokesman Micky Rosenfeld said police presence had been reinforced at the site to prevent rioting.

The operation was carried out just hours ahead of the start of the Jewish New Year.