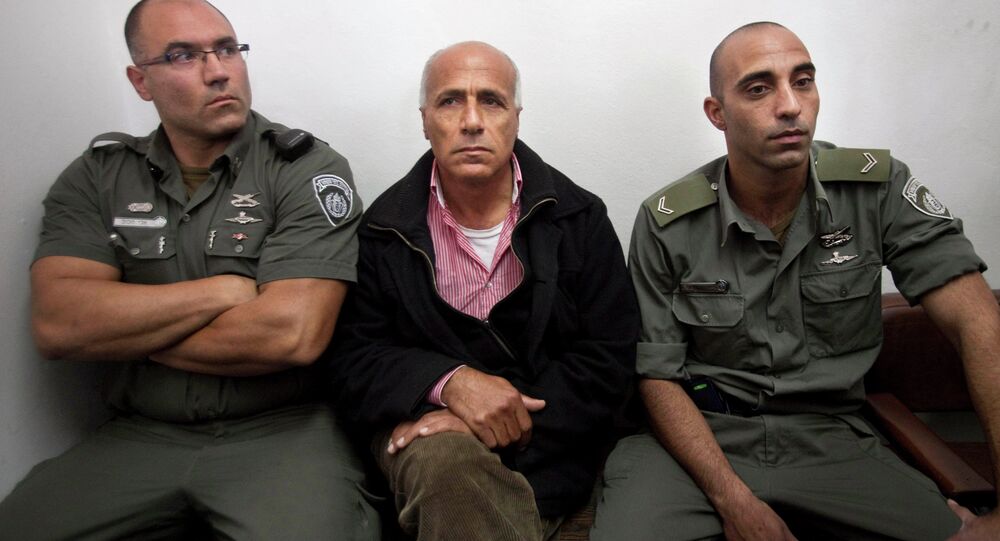 Israeli nuclear whistleblower Mordechai Vanunu, who exposed details of Israel’s secretive nuclear site in 1986, has been placed under house arrest for violating the terms of his release from prison over a decade ago.

© AFP 2021 / Sven NACKSTRAND
New Documents Reveal US Fear of Israel Deploying Nuclear Weapons
Vanunu has been placed under seven days’ house arrest and barred from using the Internet after he gave an interview to privately-owned Channel 2 news station, which police say was a violation of his release terms.

The whistleblower is a former employee of the Negev Nuclear Research Center in Dimona, which is widely believed to be a site of nuclear weapons production in Israel. In 1986, he disclosed details of the site’s inner workings to Britain’s Sunday Times, and was later arrested and convicted of treason and espionage.  He was imprisoned for 18 years, more than ten of which was served in solitary confinement.

In 2004, Vanunu was released, but under very strict conditions that banned him from leaving the country, and speaking with foreigners without state permission.

While he had spoken to several foreign media outlets, the whistleblower had avoided Israeli media until recently, when he agreed to an interview with Channel 2. During the interview, aired on September 4, Vanunu lamented his treatment by the state, saying he was unjustly treated because of his Moroccan background.

"If I was an Ashkenazi from the Kibbutz, like Ehud Adiv, I would have treated right," he said, referring to the Israeli who served 12 years in prison for treason.

"Ehud Adiv was a spy who went to Syria and tried to make bombs. There were many spies, all of [their] cases were closed. Only Vanunu is a special case."

Vanunu, who converted to Christianity before his initial arrest, married a Norwegian theology professor at a Lutheran Church three months ago. He said he had appealed his restrictions seven times, and was rejected by the Supreme Court each time, adding that he had also been rejected requests to rescind his citizenship.

"It’s downright abuse by the Shin Bet [the Israeli Security Agency], and Mossad," he said, during the interview. "I’ve no ties with Israel, I don’t feel Israeli."

"I want to start my life, I’m done with all this. I said it a hundred times, I want to be let go, live my life with my wife abroad."

Channel 2 is currently battling a request from Israeli police to release the full, unedited version of the interview. The news station has refused to release the interview on the grounds that it would violate the journalistic principle of protecting sources, and the case is expected to go to trial.

The duty to protect sources, Channel 2’s lawyer told Haaretz, "is an important element in the system of rights and freedoms on which a democratic government is based."

Israel’s journalists’ union is similarly outraged by the request, citing case law that enshrines the protection of source material.

"The police again shows that it does not understand the role of journalism in a democratic society and again does not respect journalistic confidentiality – which applies also to journalists’ raw material," the union said in a statement, according to Haaretz.

Though it is widely believed to be the only nuclear power in the Middle East, Israel has never confirmed or denied its possession of nuclear weapons. The country has also never signed the nuclear non-proliferation treaty, and has refused to allow international surveillance of its Dimona plant in Negev.