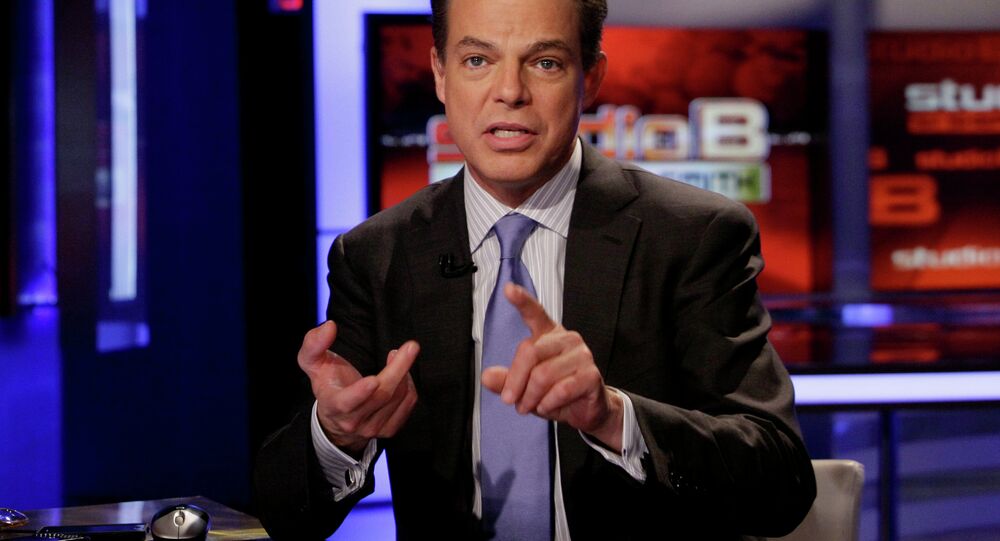 If you ever doubted which network is best at disregarding facts in favor of fearmongering, doubt no more. Fox News just took hysteria over alleged Russian military advances in Syria to a whole new level, stating that the Middle Eastern country is about to be occupied by Putin’s evil army.

Russian shipments of military supplies and humanitarian aid to Syria have been top news in the world media for several days. Despite the fact that Moscow never made a secret of its continuing support of the government in Damascus and intention to follow through with its contractual obligations, reports on Russian cargo planes and ships unloading in Syria have caused widespread panic in the West.

"These deliveries are carried out in full compliance with bilateral contracts signed with legitimate Syrian authorities, therefore they do not violate, in any respect, international laws," Russian Foreign Ministry spokeswoman Maria Zakharova said on Thursday.

Despite openly supporting Bashar al-Assad, Russia has repeatedly denied that its forces are taking part in the Syrian civil war. This, however, didn’t stop Fox News anchor Shepard Smith from declaring that Putin is about to invade the Middle Eastern country, and perhaps even make it a Russian territory.

"Russia is beefing up its military presence in Syria, and it’s starting to look a lot like Crimea," Smith said. "When the Russian President Vladimir Putin invaded the Ukrainian peninsula, said he didn’t, lied about it the whole time, starting calling it the 'motherland,' now they’ve just basically taken it over."

Smith obviously forgot to mention that over 96% of Crimeans voted to rejoin Russia in a 2014 referendum. Which shouldn’t be surprising, keeping in mind that the majority of its population are ethnic Russians and that the peninsula was an integral part of the country for centuries. It’s hard to imagine that anyone would compare it with an Arab state situated thousands of miles from the Russian Federation and claim that Moscow is about to occupy Syria. But don’t you worry, Smith has an "expert" to confirm his point: a former Bush administration official who must know everything about the Middle East, since the Iraq invasion worked out so well.

"It’s an awfully big development, Shep," Michael Singh, a former assistant to Colin Powell and Condi Rice, tells Smith. "We haven’t seen Russian forces in the Middle East since 1972 when they were expelled by Anwar Sadat."

This statement is as legit as Smith’s comparison of Crimea and Syria. The former Bush-era diplomat's probably never heard of a Russian naval base in Tartus, used by the country’s Black Sea fleet to support its activities in the Mediterranean.

Located in Western Syria, the facility has been operational since 1971. But who cares about the facts, if you live in the Fox News world, where "fair and balanced" facts are only those that suit your narrative and support your agenda.