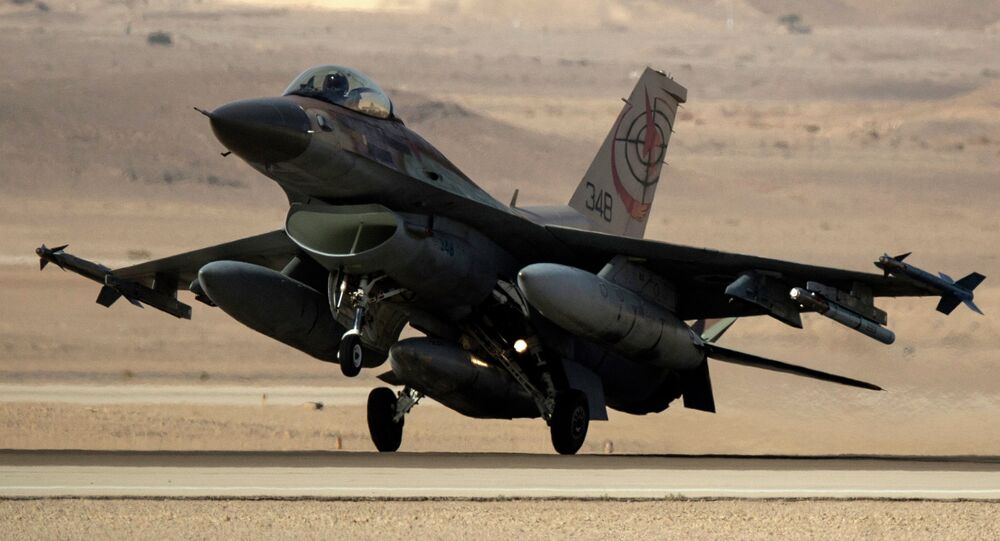 Israel attacked a position of the Syrian Army that helped repel militants' offensive, according to a military source. After that, the militants launched another attack.

Dabiq
ISIL Offers Chinese and Norwegian Hostages for Sale on the Open Market
BEIRUT (Sputnik) — The Israeli Air Force has carried out airstrikes against an artillery position of the Syrian Army near the town of Zabadani, around 45 km (28 miles) from Syria's capital Damascus, a military source told Sputnik on Thursday.

"Israeli Air Force planes carried out airstrikes at an artillery position belonging to the Syrian Army," the source said. "The artillery was used to help the army repel attacks from militants in the eastern part of Zabadani."

The source added that Islamist militants attacked Syrian army positions on the east side of Zabadani in the early hours of Thursday. The Syrian military, supported by the artillery shelling, managed to repel the attack after a three-hour battle.

© AFP 2021 / JACK GUEZ
Israel Set on Eliminating Syria, Iran for Regional Dominance?
After the Israeli Air Force carried out the airstrike, militants reportedly launched a second assault attempt, also repelled by the government's forces, according to the source.

Some 200 militants, surrounded by the Syrian army and fighters from the Lebanese Hezbollah movement, are entrenched in the center of Zabadani.