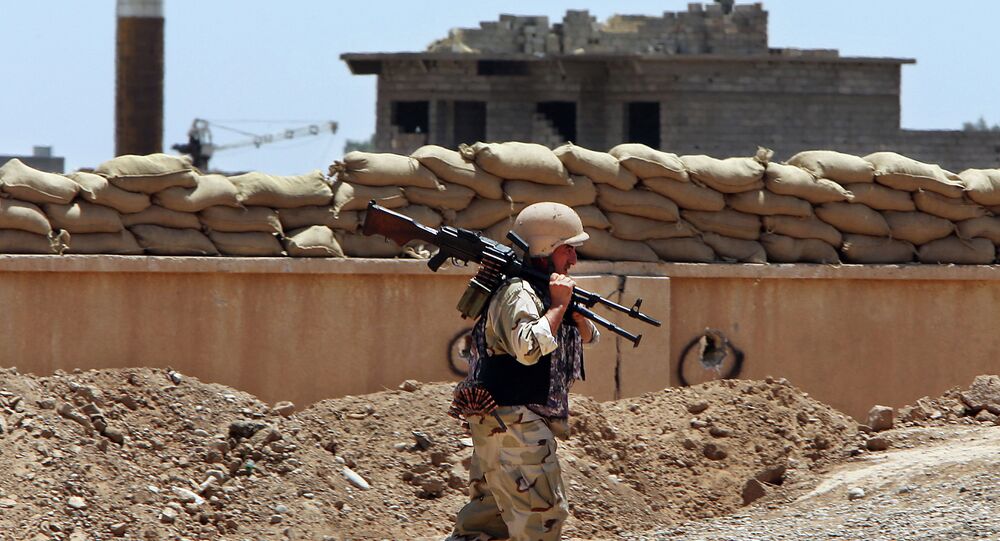 Sputnik spoke to Aydin Tas, father of the Turkish soldier who was taken prisoner by Islamic State militants. He expressed his fear for his son’s life and hoped that the Turkish government would do everything possible to return his boy home soon.

In order to rescue the Turkish soldier Serter Tas, Turkish intelligence has been negotiating with the Islamic State militants who took him prisoner.

Serter Tas, who was abducted by ISIL in a clash with militants on the border post in Kilis, is now in the militants’ custody. The Turkish National Intelligence Organization has joined in the negotiations for his release.

According to a source, a team of Turkish Intelligence members is currently negotiating with representatives of Islamic State. According to the existing information, the hostage is alive and the militants will soon prepare the conditions for releasing the soldier.

“The employees of the Turkish intelligence got in touch with a representative of Islamic State using WhatsApp, since Rakka has no telephone connection. It is known that the representative of the jihadists, with whom negotiations are underway, joined ISIL from Turkey. The employees of the Turkish intelligence asked the jihadist about the captive soldier’s state of health. According to him, Serter Tas is alive. His leg wound was treated properly and is now healing. The negotiator also said that the prisoner is in a safe place in the prison in Raqqa. In response to their readiness to agree on the release of the prisoner, the representative of ISIL said that in the near future the Turkish side will be informed about the conditions for granting Serter Tas' release,” a source told Sputnik.

In the meantime, the father of the prisoner, Aydin Tas, said in an interview with Sputnik that his family did not know who had kidnapped his son until he read it in one of Sputnik’s publications.

When asked about his son, Aydin said, “My son is a single 21-year-old. He has been in the armed forces for five years now. Serter is my oldest son, the first who went to serve in the armed forces. I have 6 children. We are all very afraid and worried about our boy. I talked with him for 4 days before the abduction. He said that he is coming home for the weekend on the 10th.”

© Sputnik / Andrey Stenin
Turkey to Focus on Domestic Politics, Avoid ISIL Fight Prior to Elections
“The day after the kidnapping the governor of Igdir and the commander of the regiment came to our house and told us that our son had been kidnapped. But they did not say exactly who did it,” the father of the prisoner continued.

“Thanks to you, we learned that he was kidnapped by ISIL militants. Every minute we pray that our son is released as soon as possible. We are very scared. Save my son,” Aydin told Sputnik.

US, Turkey to Launch 'Comprehensive' Military Operation against ISIL