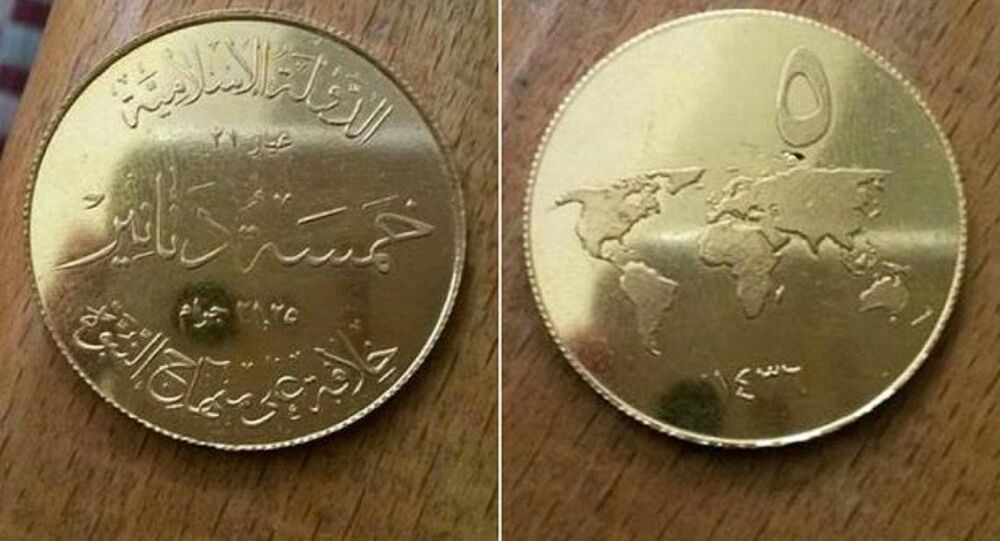 The Islamic State of Iraq and Levant (ISIL) terrorist group is now looking to introduce its own currency in an effort to solidify its control over areas where it proclaimed a “caliphate.”

© Flickr / Arian Zwegers
ISIL Militants Destroy Ancient Temple in Syrian Palmyra
Within the next few days the militant group will start recalling foreign currency from circulation in Mosul in a bid to reinstate the gold dinar as a means of exchange, the Iraqi TV channel al-Sumariya reported on Sunday.

The militant leaders announced the move in mosques in the cities of Mosul and Nineveh.

The group wants to reinstate an ancient Islamic currency using gold and silver coins, the dinar and the dirham. The currency was originally introduced in 634AD by the Caliphate of Uthman.

The “Islamic dinar” will enter circulation across the Nineveh province in September.

According to media reports one gold dinar will be worth 139 US dollars.

Designs due to be embossed on the gold coins included a symbol of seven wheat stalks — a Quranic reference — and a world map.

The prototype design had also shown that the coins would carry an Arabic message on the lines of “The Islamic State — A caliphate based on the doctrine of the Prophet.”