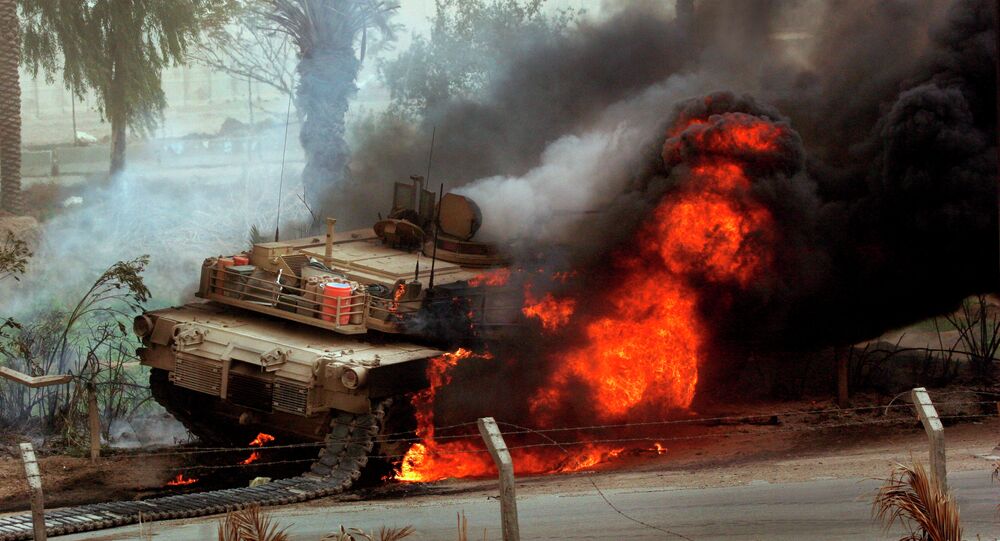 A direct hit by a Fagot missile at the M1’s turret led to the detonation of the tank’s ordnance payload stored in the turret’s back.

This is the weakest spot of America’s main battle tank, which leaves the crew with virtually no chance of survival.

© Sputnik / Valery Melnikov
Russia’s Armata Tank on Par With US Abrams and German Leopard
It was with this possibility in mind that Russia’ new Armata tank features an uninhabited turret.

Its missile uses a 2.5 kg High Explosive Anti-Tank (HEAT) warhead which can penetrate up to 600 mm of conventional steel armor and has an effective range of up to 2,500 m through the use of an improved solid propellant sustainer rocket motor and lengthened guidance wire.