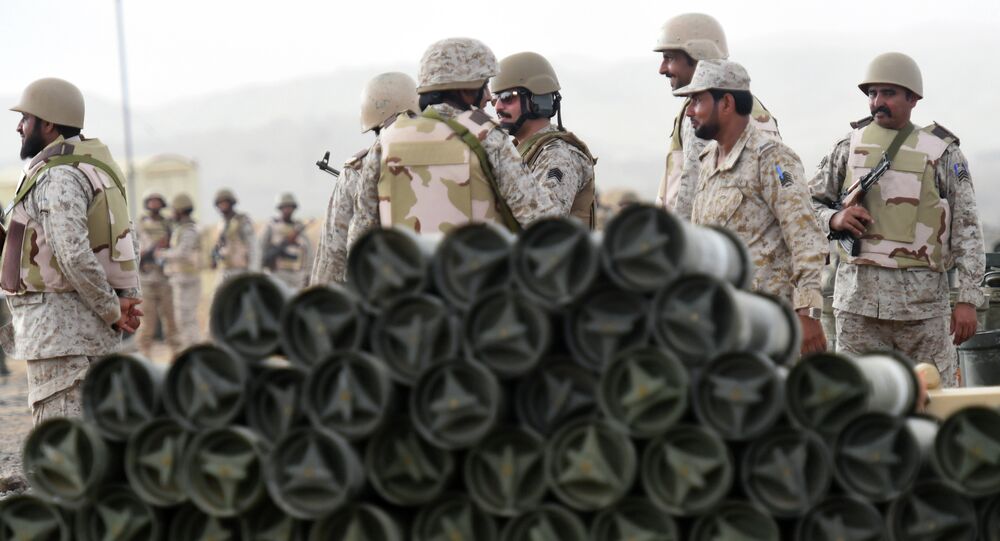 The members of the Arab League have recently announced that they were considering the possibility of creating a joint military force, however, the union will be fraught with strife due to inner rivalries, RIA Novosti columnist Agata Bestuzheva said.

"Strength through unity, Riyadh thought deciding to create an Arabian NATO, as the US security umbrella was losing its trust", according to Bestuzheva's remarks aired by the Radio Sputnik.

While the creation of an "Arabian style NATO" in the region to fight common threats like ISIL is a fantastic idea in theory, the reality is that it will face significant troubles as the participating states have conflicting interests, the columnist said.

"There is no politico-military unanimity among Arab League states. Every country is pursuing its own aims. And besides, they all have different enemies," she noted.

© AP Photo / Hani Mohammed
As Saudi-Led Coalition Prepares to Storm Sanaa 'Within Days', Al-Qaeda Gains Ground in Yemen
The reporter continued by saying that the Gulf Co-operation Council is now split in two groups: Saudi Arbia, Bahrein and Kuwait at the one side and Qatar, UAE and Oman at the other.

For instance, the divisive atmosphere among the League states has adversely affected military operations in war-torn Yemen against the Houthi rebels earlier this year. Saudi Arabia led the coalition of Arab states, however, the majority of them were barely involved in the conflict, Bestuzheva highlighted.

The other problem of the yet-to-be-created "Arabian NATO" is Saudi Arabia's ambition to become the regional hegemon. Unfortunately, the reemergence of Iran on the world arena is bound to challenge the Arab giant in the coming years.

"Is it possible that formation of Arab joint forces is just a Riyadh blueprint with the eventual goal of conquering rival Tehran? Even if it is not true at the present moment, this option can't be excluded as possible in future. Especially in the situation when the Americans — main allies of Saudis — started repairing relations with Iran. Riyadh considered this step as a smack in the face," Bestuzheva told.

© AFP 2020 / Haider SHAH
Saudi-Led Coalition Uses Prohibited US Cluster Munitions in Yemen - HRW
But what would Arabian forces do if they were finally allied? Many experts supposed that the new alliance would invade Libya in attempts to help the country's legitimate government in reclaiming the Libyan capital city, Tripoli.

But when third parties meddle in the conflicts of other countries, it always leads to further deterioration of the situation, according to Bestuzheva. For instance, interfering in the inner affairs of both Libya and Yemen resulted in the shattering of those countries' stability.

Jaded Democracy, the American-Egyptian Reconciliation, and the Arab NATO