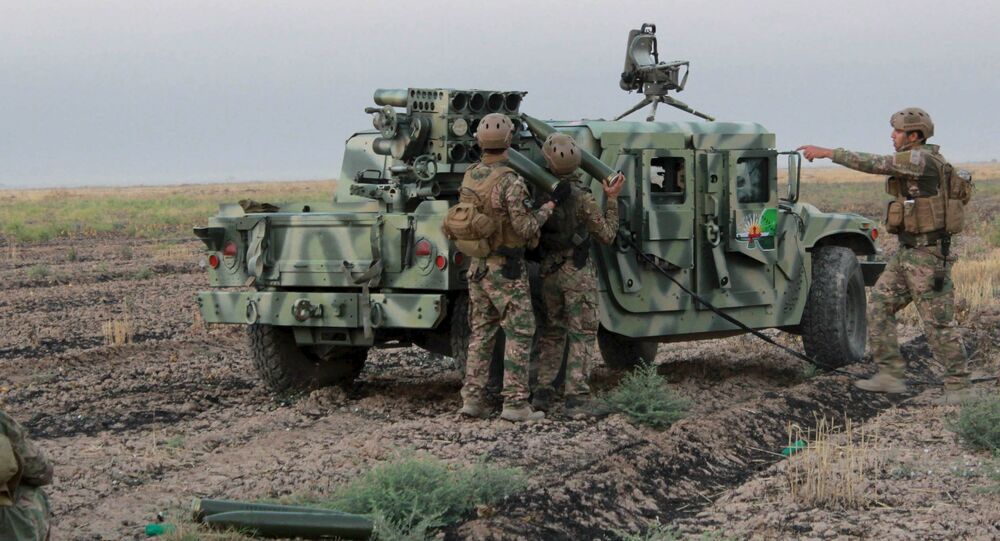 "Joint forces from the Peshmerga and the anti-terrorism forces were able today to liberate the villages al-Tamor and Albo Shehab, al-Samaka al-Kabira, al-Saghira, al-Riyanh, al-Zerka, al-Tabj and al-Tar in Daquq district south of the province," the news website IraqiNews.com quoted a source as saying.

According to a statement released by the Combined Joint Task Force, the Peshmerga forces, who were supported by coalition air strikes, managed to free more than 200 square kilometers (80 square miles) of land near the town of Tuz since August 26.

The statement said that a total of 25 strikes have been carried out by warplanes and drones, which helped the Peshmerga troops liberate seven villages.

Meanwhile, Colonel Patrick Ryder, a spokesman for the US military's Central Command has said that elsewhere in Iraq, the situation remains more static.

He was quoted by the AFP news agency as saying that Iraqi troops "are dealing with some tough challenges in certain areas."

© AP Photo / Hussein Malla
Kurds Launch New Offensive Against ISIL Fighters in Iraq
He added that as far as the Baiji area is concerned, Iraqi forces "continue to hold their ground" at an oil refinery, where fierce fighting has lasted for months.

In the city of Baiji itself, the Islamic State managed to take "back some ground but they paid a very heavy price for it," according to Ryder.