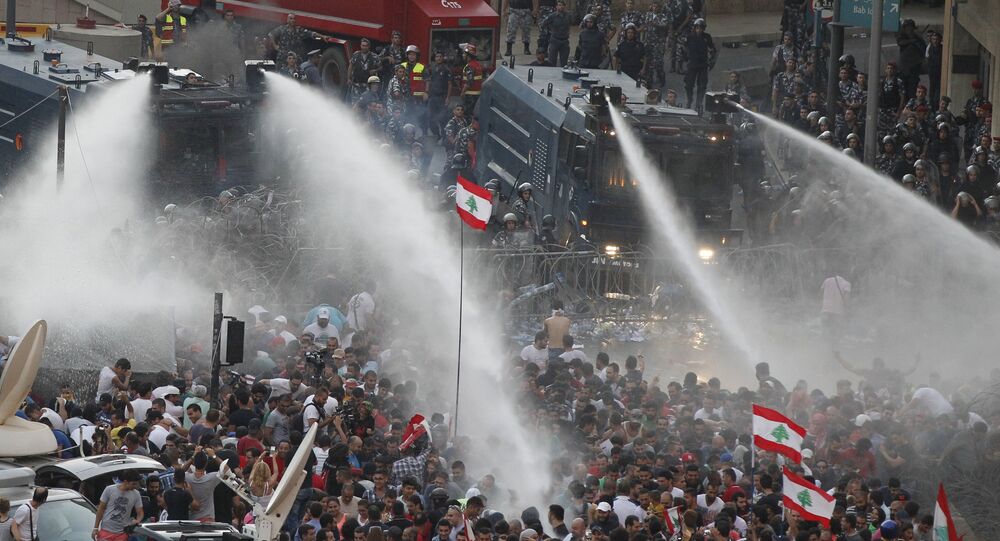 MOSCOW (Sputnik) — On Sunday, local media reported that around 40 people were hospitalized in the second consecutive day of clashes between the police and the demonstrators, who have been protesting against government inaction. One activist died in the hospital from his injuries.

Later Sunday, the Al Arabiya television channel reported citing sources that the Lebanese army arrived in the city. Local journalists said on Twitter that the troops have shot down entrances to the city, with armored vehicles present at the scene.

The demonstrators clashed with the police forces on Wednesday, protesting against the inability of the government to clean up the country of uncollected rubbish.

Clashes in Beirut renewed on Saturday when the police dispersed the anti-garbage demonstrators crying out anti-governmental slogans near the parliament with teargas, rubber bullets and water cannons.

As many as 50 people were reportedly injured on Saturday, while as many as 200 received on-site medical assistance on Sunday.

Some of the injured Including a man on a wheelchair. #Lebanon #Beirut protest #طلعت_ريحتكم pic.twitter.com/Y8yw7Sn1I6

Beirut Clashes With Police Get Out of Control: One Dead, 40 Hospitalized

Stones and Molotov Cocktails in Beirut: Over 10 Injured