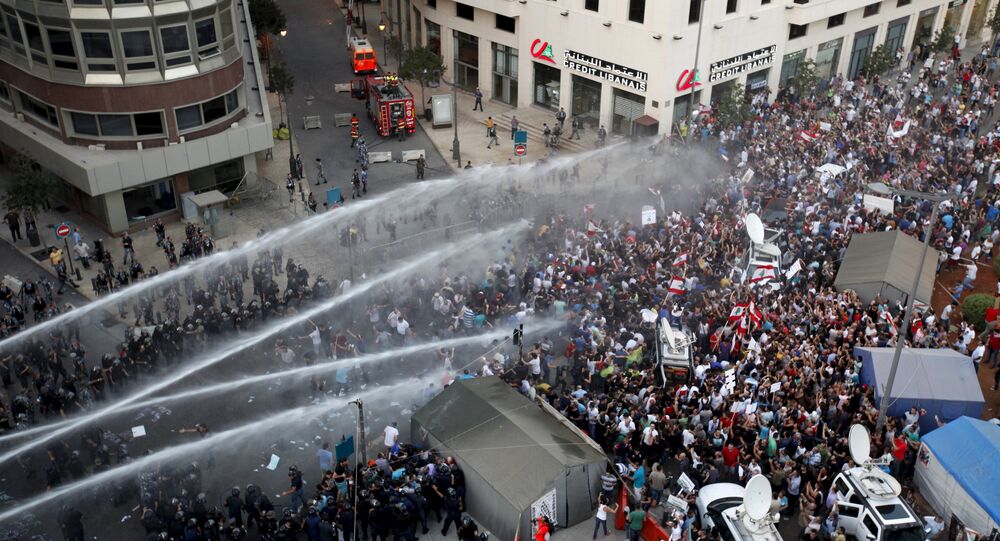 © REUTERS / Aziz Taher
15 Lebanese Protesters and 35 Policemen Wounded During Anti-Garbage Rally
The country's officials "share the pain' with those who had been damaged and infringed during the protests, Salam said.

UN Ready to Extend Mandate of UN Mission in Lebanon

US Approves $245Mln Sale of TOW Anti-Tank Missiles to Lebanon