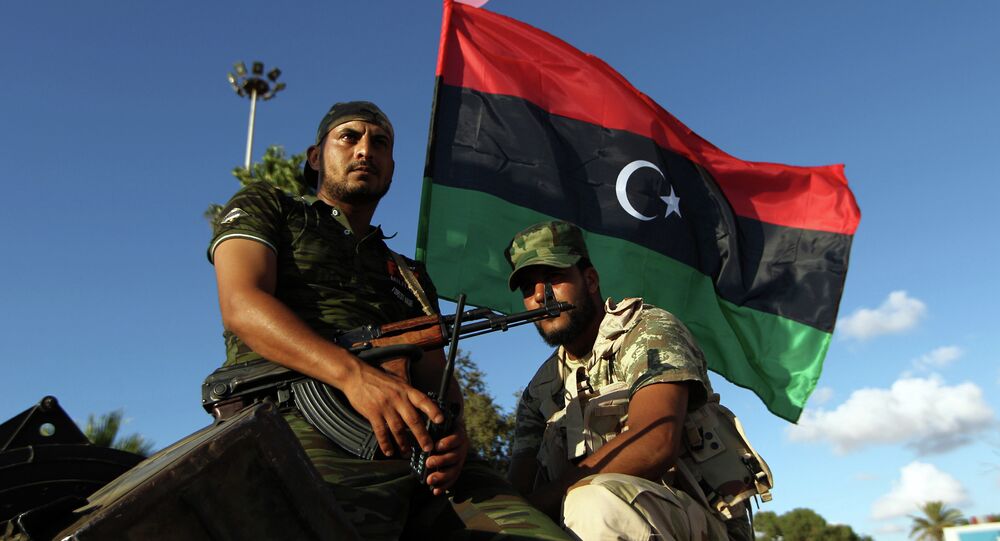 Amid peace talks in Geneva aimed at stabilizing Libya, the civil war between the official government in the east and its rival group in the west continues to rage in the North African country.

As pressing as the talks themselves is the question of how to combat the surge of Islamic State militants, who are making more ground in Sirte, a coastal town situated in the middle of Tripoli and Tobruk in the region. ISIL forces have moved into new neighborhoods, clashing with local groups and armed tribes.

The government — the only administration internationally recognized by the UN, says it is unable to fight the terrorists because of a ban on the supply of weapons to the Libyan army.

A joint statement from France, German, Italy, Spain, the UK and the US said:

"We are deeply concerned about reports that these fighters have shelled densely populated parts of the city and committed indiscriminate acts of violence to terrorise the Libyan population."

© Flickr / Thierry Ehrmann
Sirte was once home to Libya's former dictator Muammar Gaddafi before he was killed by a NATO-led rebellion in 2011.

It is now the target site for Islamic State terrorists — who are also in control of large areas of Iraq and Syria.

Many of the arms used by rebel groups to overthrow Gaddafi are now said to be in the hands of ISIL militias since the country "descended into chaos" in 2011.

"The international community has stood and watched as Libya has descended into chaos since the 2011 NATO military campaign ended, effectively allowing militias and armed groups to run amok."

Remember this is what #NATO did to #Sirte to make Gaddafi forces surrender. Now #ISIS in full control. #Libya pic.twitter.com/GWhO9GYEjl

Middle East expert and author, Ramzy Baroud, writing on a website called OnIslam.net, highlights the link between the European refugee crisis and the NATO intervention in Libya.

"The relationship between war and the rising challenge of refugees, immigrants, and asylum seekers cannot be overstated.

"It is both ironic and sad that the many thousands of war refugees are seeking shelter in the same European and NATO countries that either directly (as in Libya, Iraq, Afghanistan) or indirectly (as in Syria) contributed to the destruction and destabilization of their countries."

Those who wage war should shoulder part of moral responsibility of addressing its horrible consequences http://t.co/3wfTV8GzQ5 #migrants

Meanwhile, the joint statement from western governments, condemning the attacks by Islamic State in Sirte, calls for all parties to join a 'Unity government' so the international community, "can provide security against violent extremist groups seeking to destabilize the country." It also reiterates:

"…there is no military solution to the political conflict in Libya and [the western governments] remain concerned that the economic and humanitarian situation is worsening every day."

And almost every day another story emerges, detailing the reality of forced migration from conflict ridden countries. At least 40 people, who had been smuggled into the hold of an overcrowded boat that had set sail from Libya, died on Saturday, last week.

320 refugees were rescued by the Italian navy, and when rescuers boarded the boat, bodies were "lying in water, fuel, human excrement" — Commander Massimo Tosi told reporters.

Tosi said the survivors "were crying for their husbands and their children who died in the crossing."

Ninety percent of boats smuggling people to Europe set sail from Libya. Elsewhere, Turkish authorities have reported that 2,791 refugees have been caught in the Aegean Sea in the past five days, the majority — Syrians.

The Arab League is to hold an emergency meeting on Tuesday to discuss the demand from Libya's government for airstrikes to combat the escalating threat and violence from ISIL.

Libya Carries Out Airstrikes on ISIL in Coastal City of Sirte