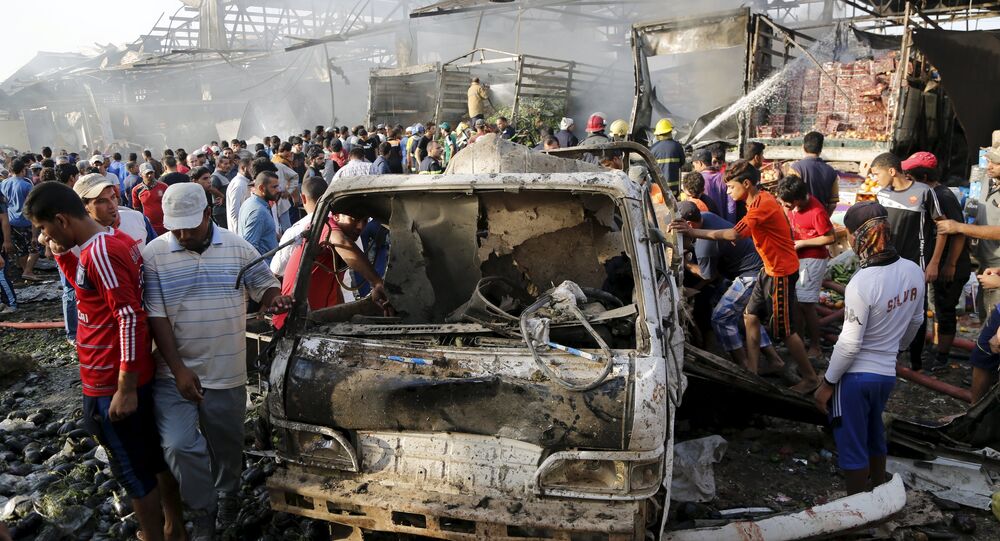 At least 60 people were killed and 200 wounded in a Thursday Sadr explosion.

According to the witnesses,a refrigerated truck packed with explosives blew up in a crowded market in Sadr City, a Shi'ite district in northeastern Baghdad.

ISIL claims responsibility, according to the sources.

#Iraq - Photos from the site of explosion at Jameela market in Sadr City #Baghdad, about 61 dead & 200 wounded. pic.twitter.com/PRZvzTg5NM

Islamic State took large parts of Iraq in June 2014, and Iraqi forces are battling to drive the jihadists back with support from a US-led coalition and Iran.

Even before the ISIL offensive, bombings targeting civilians in Iraq were a major threat.

The Baghdad blast came two days after bombings in Diyala province, northeast of the capital, killed more than 30 people.