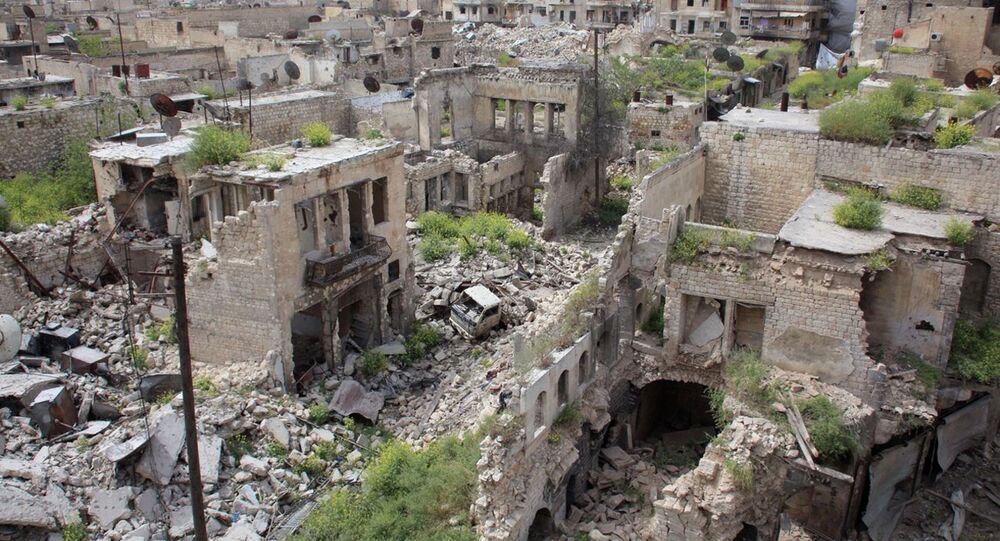 Over 15,000 Christian Families at Risk in Northeast Syria

The Assyrian Church of the East in Lebanon bishop says that over 15,000 Assyrian Christian families remaining in Syria are at risk from the ongoing crisis.

BEIRUT, August 10 (Sputnik) – Over 15,000 Assyrian Christian families remaining in Syria are at risk from the ongoing crisis, the Assyrian Church of the East in Lebanon bishop said Monday.

On Friday, ISIL jihadists abducted 230 Assyrian Christians in Homs province during an offensive to seize the town of Quaryatayn in a reprise of a similar kidnapping earlier this year.

"My personal sources say there are about 15,000 families left in Syria. Of course, they do not live in the villages captured by militants, but were able to temporarily relocate to nearby towns," Bishop Yatron Koliana told RIA Novosti.

He said the resettled families still face uncertainty, but an estimated 3,500-strong Assyrian diaspora in Hasakah, Qamishi and Tall Tamr was able to accommodate an estimated 1,500 internally displaced families.

An agreement with the church allows Assyrian Christians passage into Lebanon provided they display the needed documentation.

The Bishop underscored the Assyrians’ desire to return to their homeland, but said their security largely depends on "strong countries that in one way or another affect the Syrian crisis."

"We very much hope that countries such as Russia and the United States will hear our call for help from their Christian brothers in the Middle East," the Bishop emphasized.

The latest abductions follow a similar attack on Assyrian villages in Hasakah province in late February and early March, when IS militants have taken over 250 Christians captive. Dozens of the inhabitants were killed, their homes and churches were looted.

Religious leaders in Lebanon and the Vatican classified the acts as genocide.

Assyrians are an ethnic group whose historic home lies in southeast Turkey, north Iraq and northeast Syria, and are considered the earliest group to adopt Christianity.

Syrian government forces are in the fourth year of a military standoff with several independence and extremist groups, including IS and the Nusra Front.

Foreigners Being Recruited to Christian Militia in Syria