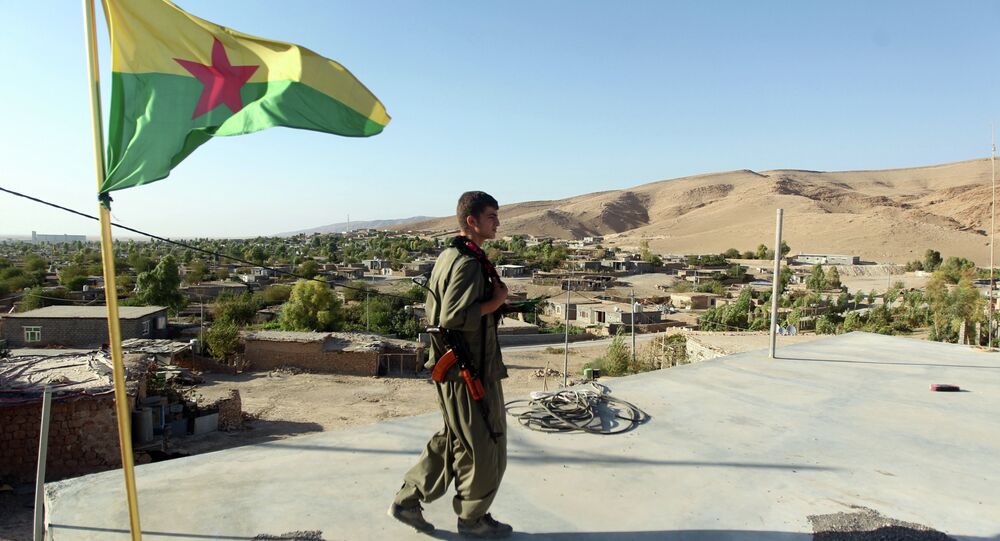 An armed attack attributed to the Kurdistan Workers Party (PKK) has led to the death of a police officer and heavy injuries sustained by two others, local media reported Saturday.

MOSCOW (Sputnik) – The officer died in the hospital in the Midyat District, Mardin Province close to the northeast Syrian border, according to Today’s Zaman.

The region was previously rocked by a PKK attack last week, when a mine blast and a gunfire exchange killed a soldier and injured eight others. The soldiers had arrived in the district town of Gelinkaya to secure the area.

Turkey designates PKK a terrorist organization and is carrying out a military operation against it in northern Iraq, breaking a two-year truce with the group.

Ankara has also opened a simultaneous second front against the Islamic State extremist group in northern Syria following a series of attacks on Turkish soil.

According to the Turkish daily, a large-scale operation to find the gunmen is ongoing in the region.