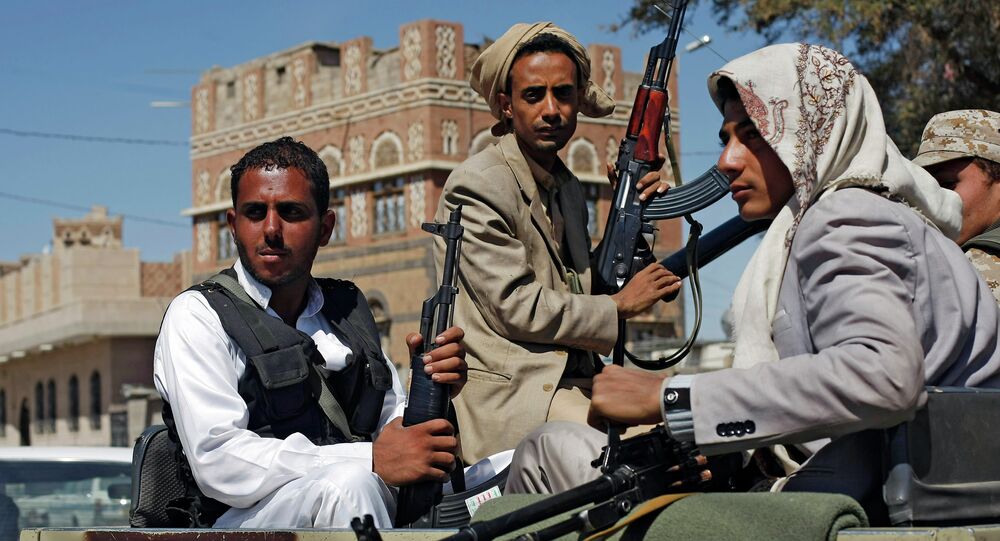 © REUTERS / Stringer
Saudi-Led Coalition Deploys Nearly 3,000 Troops in Yemen - Reports
On Monday, Yemen’s exiled government announced that forces loyal to the deposed president have captured and are now controlling the country’s largest air base, al-Anad, in the southern Lahj province. Control of the air base marks a significant victory against Houthi fighters, who used the site as their main southern encampment.

In addition to securing the route to the strategic port city of Aden, the air base also provides a logistical point for rearmament and resupply for pro-government forces, as they continue their offensive against Houthi fighters.

According to Reuters, the base’s capture was largely aided by President Hadi’s Gulf allies, with the Saudi-led airstrike campaign clearing the path for pro-government forces, and with Saudi Arabia and the United Arab Emirates training a thousand Yemeni fighters.

"With the help and backup of the Arab-led coalition, this achievement was possible," a spokesperson for the exiled government said in a statement.

Al-Anad’s capture comes nearly a month after pro-government forces seized the strategic port city of Aden from Houthi fighters. Since then, boosted by Saudi-led air strikes, the forces have maintained their offensive against the country’s Shi’ite fighters.

Residents and Hadi loyalists told Reuters that an additional 10 villages in the south have been seized from Houthi forces on Tuesday, as they continue in their northward push from the air base.

"The next step for the popular resistance and army forces after liberating Aden is the clearing of the provinces from Abyan and Lahj," a pro-government commander said to Reuters, referring to the forces loyal to the exiled government.

Yemen’s Hadi fled for Saudi Arabia in March after Houthi fighters seized the capital city of Sanaa and the port city of Aden, from where they pushed into the country’s south and east. The exiled government’s Gulf allies subsequently launched an airstrike offensive against Houthi fighters, turning the country’s civil war into a proxy battlefield between Iran and Saudi Arabia.

The four-month long airstrike campaign has killed over 4,000 people, and plunged the country into an ever worsening humanitarian crisis, as a near-blockade imposed on the country by government allied Arab ships has limited food, fuel and aid transfers.

At Least 20 Dead in Houthi Rocket Attack on Aden