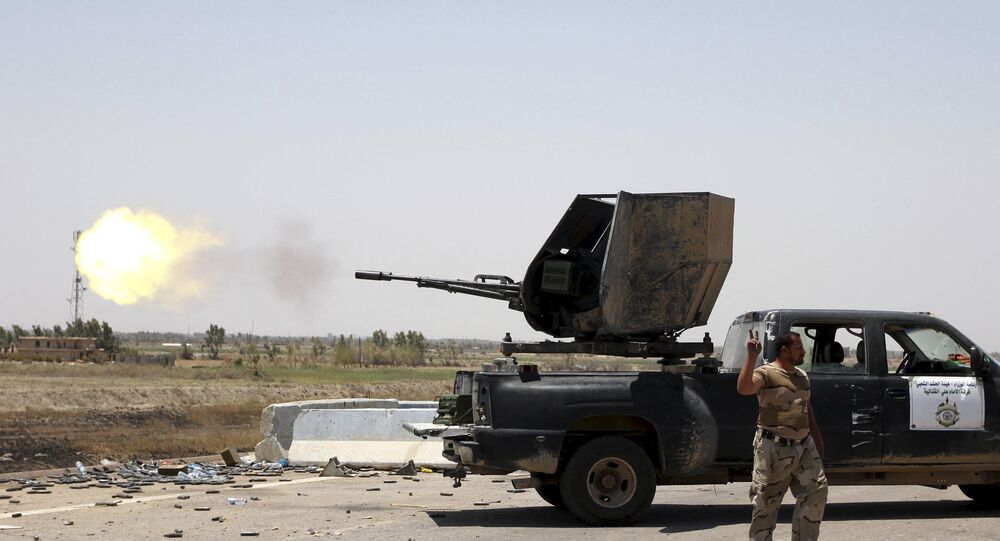 Phil Finnegan, the Director of Corporate Analysis at the Teal Group, explained that combatting ISIL may require additional ordinance - but such acquisitions will not lead to a purchasing boom of other equipment.

WASHINGTON (Sputnik) — The US-led war against the Islamic State is unlikely to spur a defense spending boom in the Middle East, but arms purchases will continue to increase as countries change their strategic posture, defense analysts told Sputnik on Tuesday.

© AFP 2020 / STR
Russia Will Not Send Troops to Fight Islamic State in Syria
“Something like fighting the Islamic State doesn’t require a lot of additional equipment,” Phil Finnegan, the Director of Corporate Analysis at the Teal Group, a Defense Market Intelligence, Analysis and Forecasts company, told Sputnik.

Finnegan explained that combatting the Islamic State may require purchasing additional ordinance such as smart bombs, but such acquisitions will not lead to a purchasing boom of other equipment.

“In terms of a boom in other systems, it is not there,” Finnegan stated.

Middle Eastern states led by Saudi Arabia and the Gulf Cooperation Council countries have been on a weapons buying binge, increasing purchases by 25 percent between 2005-2009 and 2010-14, according to the Stockholm International Peace Research Institute.

© AFP 2020 / SAFIN HAMED
UK Defense Minister Extends Anti-ISIL Campaign in Iraq to March 2017
The purchases are driven by high levels of funds in the oil-rich region, domestic and regional instability as well as shifts in the regional states’ strategic posture,

“Defense spending in the region is rising very fast, but that is not really directly linked to the Islamic State,” Moores said. “If anything, new defense acquisitions will go down because funds are diverted to operational expenditures and support for existing equipment.”

Moores argued it is more likely that “the types of new equipment acquired are different.”

© AP Photo /
Russian Arms Are Best in War Against ISIL – Iraqi Defense Minister
In the fight against the Islamic State, he continued, demand for precision-guided weapons is rising.

Demand is also rising for security perimeter equipment and satellite and airborne intelligence, surveillance and reconnaissance systems, he added.

The US-led coalition against the Islamic State has carried out more than 5,600 airstrikes against the terrorist group since August 2014 using fighter jets and armed drones.

The United States used the F-22 fifth-generation aircraft for the first time during the campaign to launch precision guided airstrikes on Islamic State targets.

ISIL Could Exploit Destabilization Caused by US Aid to Syrian Opposition