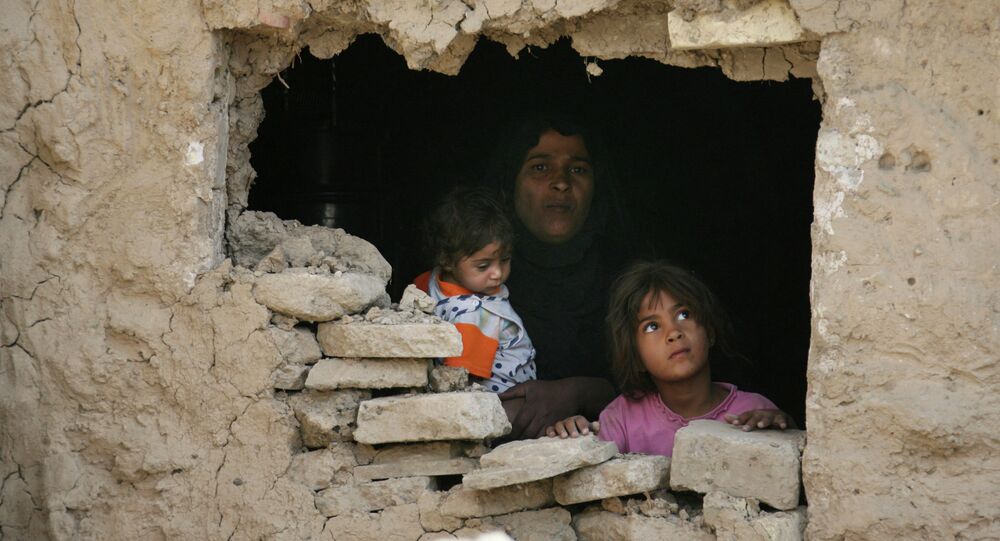 "Their bodies were shredded. We found Ibrahim's hand next to the house, and we were still collecting bits of flesh and body parts into the early hours of the following morning." A new report has found that hundreds of civilians may have been killed by US-led coalition airstrikes in Iraq and Syria.

According to Airwars, a not-for-profit news project "Ibrahim al-Mussul, a shepherd in his late 60s was reported killed with his two daughters Jozah, aged 27 and Zahra, 25, in a major Coalition air raid on Islamic State-controlled oilfields." Airwars suggests there have been as many as 591 civilian deaths as a result of airstrikes against the Islamic State in Iraq and Syria.

The US authorities have acknowledged only two.

A report by Airwars titled 'Cause For Concern: Hundreds of civilian non-combatants credibly reported killed in first year of Coalition airstrikes against Islamic State' cites a case study recorded on February 2, 2015 in Syria.

"Eyewitnesses said that 'flames and the sound of explosions were seen and heard dozens of kilometers from the bombing site.' Mr al-Mussul's home was in close proximity to the Gona oil fields, one of the main targets of the raid. The family was buried in Hadidiya Cemetery.

118 alleged incidents. Alleged casualty range: 459-1,086. Who is carrying out strikes in Iraq and Syria? pic.twitter.com/qND1UXTzA1

Its aim is to track and archive the international war against Islamic State. "With a dozen nations now bombing, there is a pressing public need for independent, trustworthy monitoring", the report says.

Britain's Prime Minister David Cameron and Defense Secretary Michael Fallon have set out their intentions to step up the bombing campaign against ISIL. It's expected that the Commons will vote on the issue in the autumn. On a recent visit to Indonesia, David Cameron told reporters that "the pressure is growing on ISIL."

"If there is a threat to Britain or to our people or our streets and we can stop it by taking immediate action against that threat, then I as Prime Minister will always want to try to take that action and that's the case whether that problem is emanating from Libya, from Syria or anywhere else."

Following the ISIL-led terror attacks on British tourists in Tunisia, David Cameron warned that ISIL had "declared war" on Britain.

Each event we looked at for report on Coalition civilian deaths is archived w links to sources http://t.co/m9VoowprFm http://t.co/gZcf3WaScr

But if British military intervention is ramped up in Syria in order to combat the Islamic State, it could effectively force Britain into an alliance with Syrian President Bashar al-Assad — despite two years ago proposing to the House of Commons that Britain should begin a bombing campaign to overthrow Assad's regime.

The project scrutinizing civilian deaths by US-led Coalition forces says there were as many as 591 deaths — but according to local news agencies and social media reports, "the number of civilians killed is more than 1,000". Airwars omitted the figure from the report due to "insufficient detail about those claims."