Israel has once again been accused of committing war crimes during last year's bombardment of Gaza, with new research accusing Israeli forces of killing 135 Palestinians, including 75 children, in what has been described as "carnage".

A report by Amnesty International, containing research from a team at Goldsmiths University in London, found that there was "strong evidence of war crimes and possible crimes against humanity" committed by Israeli forces, following the capture of an Israeli soldier on August 1 last year.

23-year-old Lieutenant Hadar Goldin, disappeared while his unit was searching for tunnels between Gaza and Israel, sparking a huge retaliation from Israel's armed forces.

Israeli forces are accused of killing of 135 Palestinians, including 75 children in the bombardment, during which they are alleged to have attacked residential areas in the town of Rafah, hospitals and ambulance staff, who were trying to treat and look after the wounded.

"There is strong evidence that Israeli forces committed war crimes in their relentless and massive bombardment of residential areas of Rafah in order to foil the capture of Lieutenant Hadar Goldin, displaying a shocking disregard for civilian lives. They carried out a series of disproportionate or otherwise indiscriminate attacks, which they have completely failed to investigate independently."

The report, titled 'Black Friday: Carnage in Rafah' used cutting edge investigative techniques and forensic analysis, along with eyewitness reports and multimedia evidence to come to their conclusions about what happened during the four-day bombardment, starting from the breaking down of the ceasefire on August 1.

Using the various forms of evidence available to researchers, the report concluded that the Israeli Defense Forces (IDF) had enacted the controversial 'Hannibal Directive', which gives the military the power to "respond to the capture of a soldier with intense firepower despite the risks to his life or to civilians in the vicinity."

New on ETI: PATTRN the upcoming tool that maps events as they unfold by @ForensicArchi https://t.co/cwGcF2MsQ6 pic.twitter.com/z8wAyYj8h3

The report states that the enacting of such a directive led to "unlawful attacks on civilians."

"After Lieutenant Hadar Goldin was captured, Israeli forces appear to have thrown out the rule book, employing a 'gloves off' policy with devastating consequences for civilians. The goal was to foil his capture at any cost. The obligation to take precautions to avoid the loss of civilian lives was completely neglected," Philip Luther said.

"Entire districts of Rafah, including heavily populated residential areas, were bombarded without distinction between civilians and military targets."

Amnesty also criticized Israel for failing to conduct a proper investigation into the alleged atrocities, while highlighting that both sides of the conflict committed violations in the war. 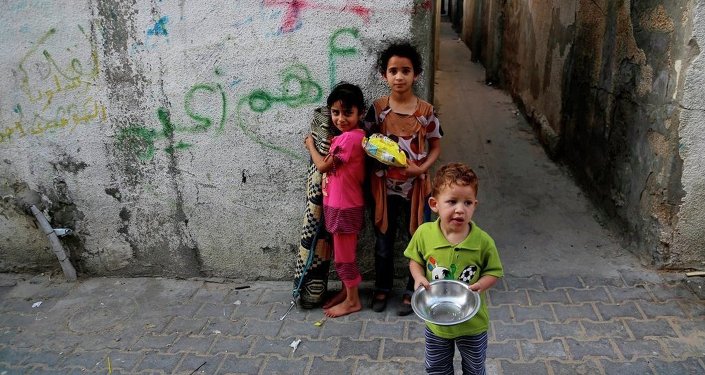 "Thus far, the Israeli authorities have proved at best incapable of carrying out independent investigations into crimes under international law in Rafah and elsewhere, and at worst unwilling to do so. This report's findings add compelling evidence to an already large body of credible documentation of serious violations during the Gaza conflict, which demand independent, impartial and effective investigations," Luther added.

He also called for top Israeli politicians to be tried if it can be proved that they ordered the alleged attacks.

Israel says @amnestyonline's #Rafah report "fundamentally flawed", an expression I'd use for their rebuttal http://t.co/OqIXk8Vf1n

"Victims and their families have a right to justice and reparation. And those suspected of ordering or committing war crimes must be prosecuted."

The release of the report comes amid more accusations of wrongdoing, with Israel allegedly killing several people in an air strike in the Syrian Golan Heights.

The UK-based monitoring group, the Syrian Observatory for Human Rights said that five people, allied to the Syrian government of Bashar al-Assad, were killed in the strike.

"An Israeli plane hit a car inside the town of Hader, killing two men from Hezbollah, and three men from the pro-regime popular committees in the town."

Gaza: Where Children Pay the Heavy Price for War