With the NATO council meeting to discuss the recent outbreak of violence in Turkey, the US and Ankara have reportedly spoken about establishing an ISIL-free buffer zone in northern Syria. However, there are fears that such a campaign would target other groups and trigger more violence in the region. 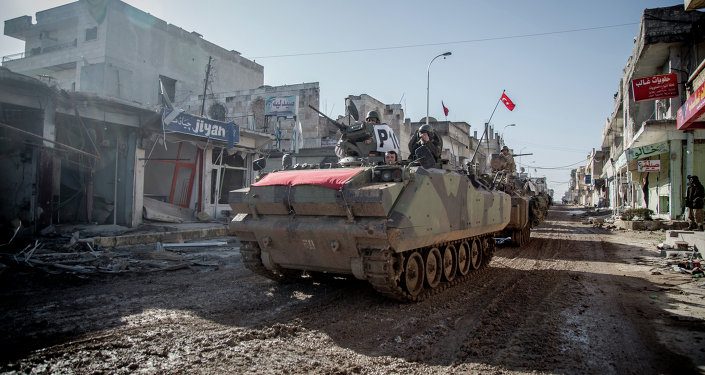 © AFP 2019 / DEPO PHOTOS / MURSEL COBAN
Turkey May Send 5,000 Soldiers to Protect ISIL-Free Areas in Syria
The issue of an anti-buffer zone is thought to have been high on the agenda of today's NATO council meeting in Brussels, after Turkey experienced its greatest outbreak of violence in recent times following clashes with ISIL militants and Kurdish groups.

Turkish Prime Minister Ahmet Davutoglu said he was pushing for permission to initiate a bombing campaign to rid northern Syria of ISIL fighters and other terrorist groups, while also offering support to western-backed 'moderate' rebel groups in the country.

"(The goal is) to reinforce the moderate opposition elements from the existing 'train and equip' program as well as Free Syrian Army elements; and to reach an arrangement whereby the moderate elements can regain control of areas from ISIL… Without aerial support it would be impossible for them to take control of the region."

Fears of a Kurdish Backlash

Despite almost universal support for trying to rid ISIL from cities and towns in northern Syria, there are concerns that such a military campaign will also target Kurdish bases, and subsequently spark more violence in Turkey, Iraq and Syria, where there are significant Kurdish minorities. 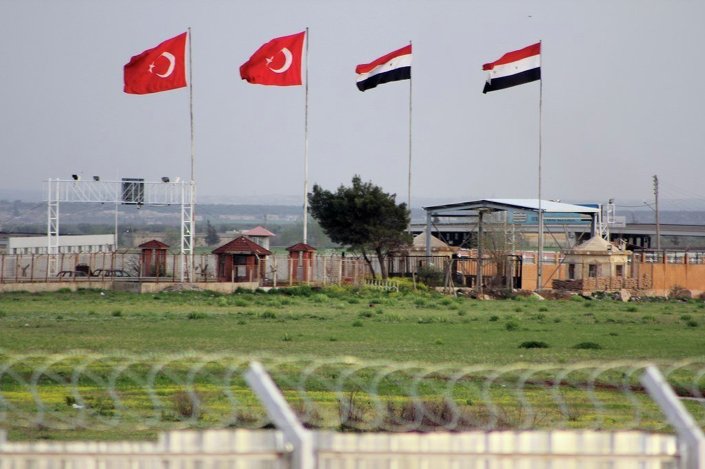 © AP Photo / Germano Assad
In this photo taken Tuesday, April 10, 2012, the border crossing between Turkey and Syria is seen from a refugee camp near the border, in Kilis , Turkey.

Two Turkish soldiers were killed over the weekend after a car bomb exploded in Turkey's Kurdish-majority province of Diyarbakir.

Kurdish militant group, the PKK — who Ankara considers to be a terrorist group — is thought to have been responsible for the attacks, carried out in retaliation to the Turkish bombing of Kurdish groups and bases in northern Iraq.

The PKK, who have been engaged in decades of fighting with Turkey, have said that the Turkish strikes on Kurdish bases renders existing ceasefire agreements null and void, heightening fears of more violence.

It also comes as the UK-based monitoring group, the Syrian Observatory for Human Rights, accused Turkey of striking checkpoints patrolled by Kurdish forces in northern Syria, which injured four people.

"A number of shells fired by Turkish tanks fell on the village of Zur Maghar, which is controlled by the Kurdish People's Protection Units," the monitoring group said.

Ankara has denied that it is purposely targeting Syrian Kurds and has not confirmed the monitoring group's findings, however there are suggestions Turkey's bombing of Kurdish bases is strategic, as it will prevent them from further spreading their control in northern Syrian positions.

The increase in tension between Kurdish groups and Turkey is also a matter of concern for the United States, as Kurds have been considered to be the West's most effective ground partners in the fight against ISIL, and any breakdown in the relationship could seriously give jihadists the upper hand in some parts of the conflict.

Who Will Fill the Vacuum?

Initial reports have suggested that although Turkey is willing to engage in an aerial campaign to create the ISIL-free buffer zone, they — along with the US — are not prepared to put boots on the ground in northern Syria.

The Turkish hope that the area will be patrolled by 'moderate' Islamist groups favored by the West, however the poor performance of these fighters has led many to question whether other groups will fill the vacuum if ISIL are driven out of the area.

Among the concerns is that al-Qaeda linked Jabhat al-Nusra jihadists will take advantage of any attacks on ISIL and establish a greater presence in the region, further increasing terrorist influence.

The US-led strategy aimed at defeating ISIL has drawn widespread criticism from military and defense experts, who say that combining air strikes without a significant ground presence is ultimately flawed. 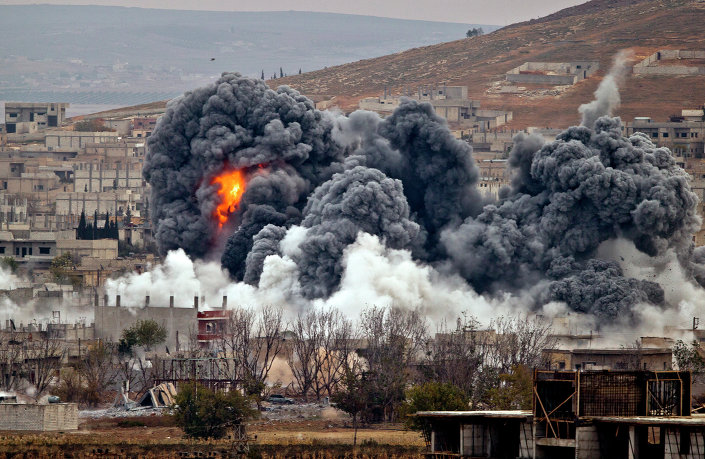 © AP Photo / Vadim Ghirda
Smoke rises from the Syrian city of Kobani, following an airstrike by the US led coalition, seen from a hilltop outside Suruc, on the Turkey-Syria border Monday, Nov. 17, 2014.

While western forces offer support for Iraqi government troops, they do not so the same in Syria, with the US-led approach instead working towards training and arming 'moderate' Islamist groups who not only oppose ISIL, but who also oppose Bashar al-Assad's Syrian government.

Russia has been among the most vocal critics of this strategy, arguing that the al-Assad government should be supported by the West to prevent further splintering of the Syrian conflict, and subsequently the prolonging of fighting.

Defense analyst Anthony Tucker-Jones is also among the critics, telling Sputnik that western intervention often brings about more harm than good — in both the short and long-term.